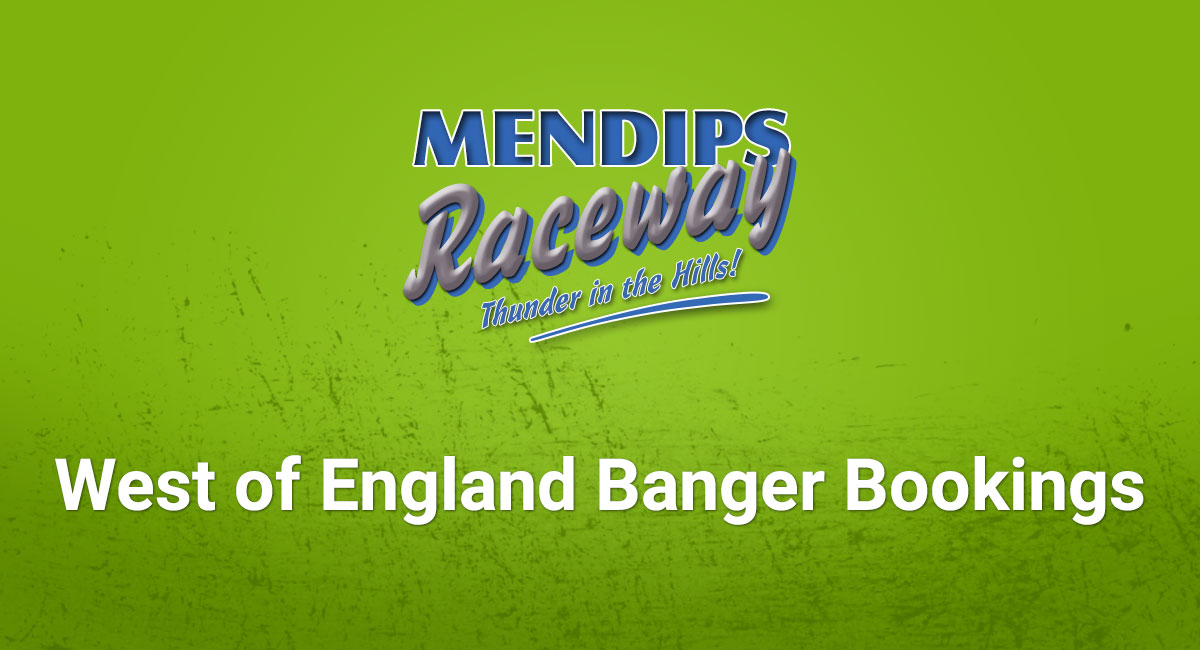 On Sunday October 7th 2012, Mendips Raceway will present the annual West of England Championship for bangers. This race has a long history reaching back over thirty years, and for the first time in 2012 it will be for Rookie Bangers up to 1800cc and not National Bangers, as the number of drivers available to race National Bangers one week before the World Final at Ipswich makes the meeting a shadow of its former self.

Mendips Raceway has run more Rookie Banger meetings this year in response to driver requests, and entries have been good.

On August Bank Holiday Sunday an unprecedented 77 drivers arrived, of which at least 20 were not booked in giving us problems with pits space, and needing to rearrange the programme. Now while this is a good problem to have, we cannot accommodate 77 cars at the West of England meeting as there are two other formulae on the day, which are the Brisca F2 Stock Cars Grand National Championship, and the Special Rods West of England Championship, which will probably mean a limit of 50 cars for the Rookie Bangers. As well as that, it is likely to be dark at 6pm, and even with an early start time of 1pm, we cannot over run.

If you wish to race at this meeting YOU MUST BOOK IN. If you have booked by email or by signing in at the last weekend, then that is fine. We will issue a list of confirmed bookings after the September 23rd meeting, on our website. Booking in DOES NOT guarantee you a race, but it gets you on the list. You can book-in on the website, or by phone 01963 220028.