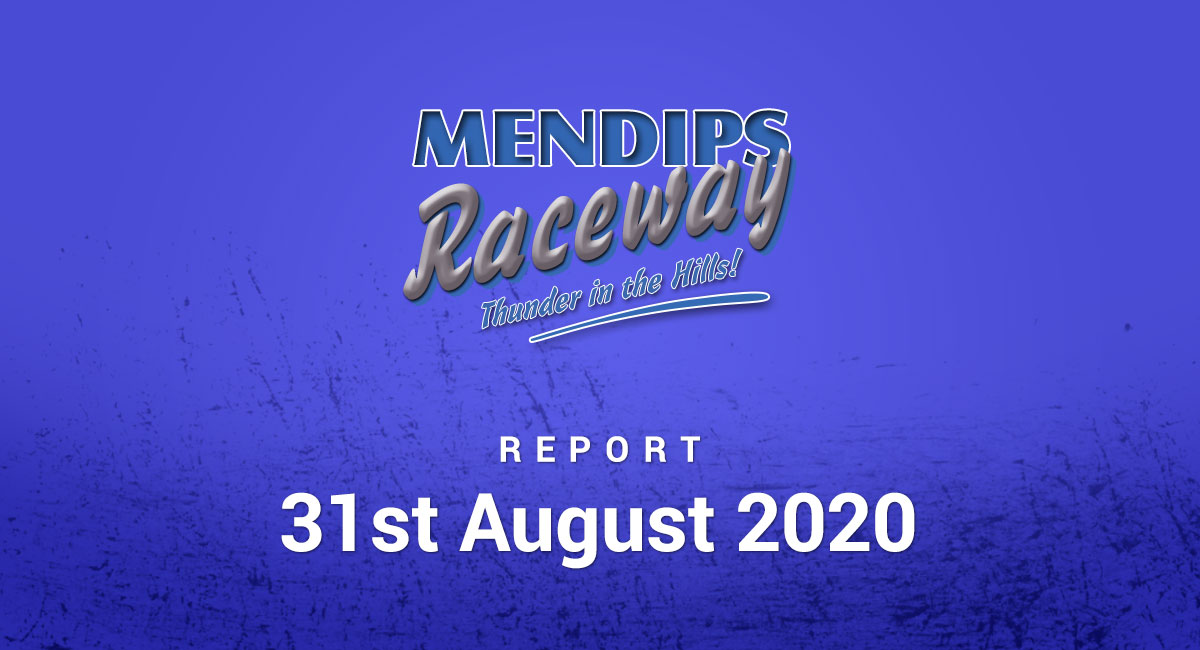 It was a dry afternoon with dry track conditions.

41 Rookie Bangers turned up and they were split in to two Heats. They were a good mix of cars including Ford KA’s, Sierras, a Mk3 Escort, a lot of Focus, Vauxhall Astras, Nissan Micras and a New Shape VW Beetle.

In the 1st Heat they was an early stoppage for 584 Shaun Trapnell,  and amongst the knocks and spins 6 Danny Greening had a ½ spin on the turnstile bend causing  bit of chaos, and there was a big crash near the start line when they was fighting for 2nd, 70 Jamie Thomas crossed the line 1st but then was then docked two places for overtaking under a yellow flag, giving 129 Lee Dalton the win, from 13 Lee Radford, then J.Thomas.

In the 2nd Heat there was a lot of people being spun out and when 147 Millie Ruby was spun, she was accidently T-Boned by 17 Charlie Edgecombe. C.Edgecombe went on to take the win from 113 Chris Jeanes, then 527 Will Darch.

14 cars came out for a lively Consolation, in which only 6 cars made the distance, 386 Bobby Stilgoe took the win from 440 Macauley Mills, then 109 Chris Neville. 24 Cars Qualified for the Final Darch led from pole for a lot of laps until C. Jeanes bumped him wide to take the lead. They were a few knocks and spins, and C. Jeanes went on to take the win, from J. Thomas then, Radford.

Although there was only 6 Caravans for the Caravan Race, in which the 270 Shaun Baker (Slug) took the win, the drivers did manage to put on a good show, with ‘Slug’, 595 Ben Wall, and 111 Tommo having an unofficial D/D after the Race.

22 Special Rods turned up and they were running a 2/3rds format with a qualifiers only Final. 768 Joe Delahay, 517 Scott Weldon, and 278 Andrew Bressington all had BMW’s and 701 Ben Brice had a very smart new car.

26 Leah Bennett and 275 Jack Buckingham who have just graduated from the Junior Rods was showing some good pace. There was a lot of close action and overtaking in all the races. In the 1st Heat Bennett led from pole and Buckingham spent a few laps on her outside before he could relieve her of the lead, 303 Jason Oliver retired early in the race, and 135 Jim Cannon was going well until he was squeezed into the wall and had to retire.

Then 46 Angie Harris appeared to have blown her engine and had to retire, then with 6 laps to go Buckingham left a gap on the inside and 504 Andrew Worthigton didn’t need a 2nd invite to nip up his inside to take the lead then on to win from, Buckingham, then Weldon, then 720 Dan Latimer, then 43 Andy Howard, then 41 Dene Howard.

In the 2nd Heat Bennett led from pole and 60 Tom Bristow spent a lot of laps on her outside before Bristow took the lead then, J.Oliver and 181 Ian McLaren went round the outside of Bennett for 2nd, and 3rd, then Tom Bristow, J.Oliver and McLaren had a coming together, and McLaren emerged in the lead, then J.Oliver retired, and the on the last lap Ben Brice (from 10th on the grid) went round the outside of McLaren to take  the lead, then on to win from McLaren, then 120 Andy Latimer.

In the 3rd Heat Tom Bristow spent a few laps on the outside of Buckingham before Buckingham took the early lead, with Worhington slotting into 2nd and the two built up a bit of a gap to 3rd, then 6 Tim Bristow was leading a big battle for 3rd, and D.Latimer retired with damage, and McLaren retired, then Ben Brice eventually got up to 3rd and caught the lead two, then on the last lap Worthington spun out, Buckingham went on to take the win from, B.Brice, then Weldon.

18 Junior Rods turned up and they were also running a 2/3rds format with a qualifiers only Final.

In the 1st Heat 610 Alfie Murray took the early lead, and during  the battle for posistions  311 Lewis Allen got spat out of the pack into the wall, then 36 Dylan McDermott relieved A.Murray of the lead, then when McDermott was negotiating the backmarking traffic he went wide and 26 Harry Melville didn’t need a 2nd invite to take the lead. Melville went on to take the win, from 8 George Jenkins (from 13th on the grid), then 149 Ieuan Preston (from 10th on the grid).

then Melville and Ralfs had a coming together whilst going through the backmarkers, giving I.Preston the lead, 258 Riley Brimble ended up in the wall and in the chaos Jenkins accidently T-Boned him, needing a stoppage, I.Preston led the re-start from 880 Henry Pearce, then Ralfs, then 190 Thomas Gumbleton, then H.Pearce, Ralfs, and Gumbleton went 3 abreast and Gumbleton managed to take 2nd.

I.Preston went on to take the win from, Gumbleton, then Jenkins (all 3 from near the back of the grid). 88 James Pearce took the early lead from 2nd on the grid, with A.Murray slotting in behind, and McDermott was quick up to 3rd from 6th on the grid, then McDermott went round the outside of A.Murray, and J.Pearce to take the lead, then J.Pearce spun out in front of Allen, and Gumbleton made it up from 11th on the grid to 3rd, then Gumbleton went round the outside of A.Murray and McDermott to take the lead then, McDermott, 856 Jamie Cocks, and A.Murray had a coming together needing a stoppage, Gumbleton led the re-start from Cocks, then Allen, then 236 Alfie Brimble.

Gumbleton went on to take the win from Allen, then A.Brimble. 17 cars came out for the Final Harvey took the early lead from pole, from 10 Archie Devine and Cocks was quick up to 3rd from 10th on the grid with Melville not too far behind, there was a lot of place swapping as the leaders was going through the backmarkers as they all was going round the pit bend, and there was a pile up on the pit bend.

There were 7 Robins in the 1st Heat 518 Matthew Capel ended up on his side and 128 Jack Bunter managed a complete rollover, 362 Aaron Loader went on to take the win, from 100 Thomas Weeks, then 119 Stacey Howe.

In the 2nd Heat Bunter managed to put his robin on its side twice, then he had a big rollover, 58 Martin Dalton took the win from Capel, then Weeks. In the Figure-of-8 race Loader went on his side twice and on the 2nd occasion he slid along the back straight!!

Capel, and Weeks managed to get on two wheels before landing on all 3!! Bunter managed to hit the marker tyre whilst trying to make the connection on the crossover point, Weeks took the win and put his car on its side after crossing the line.