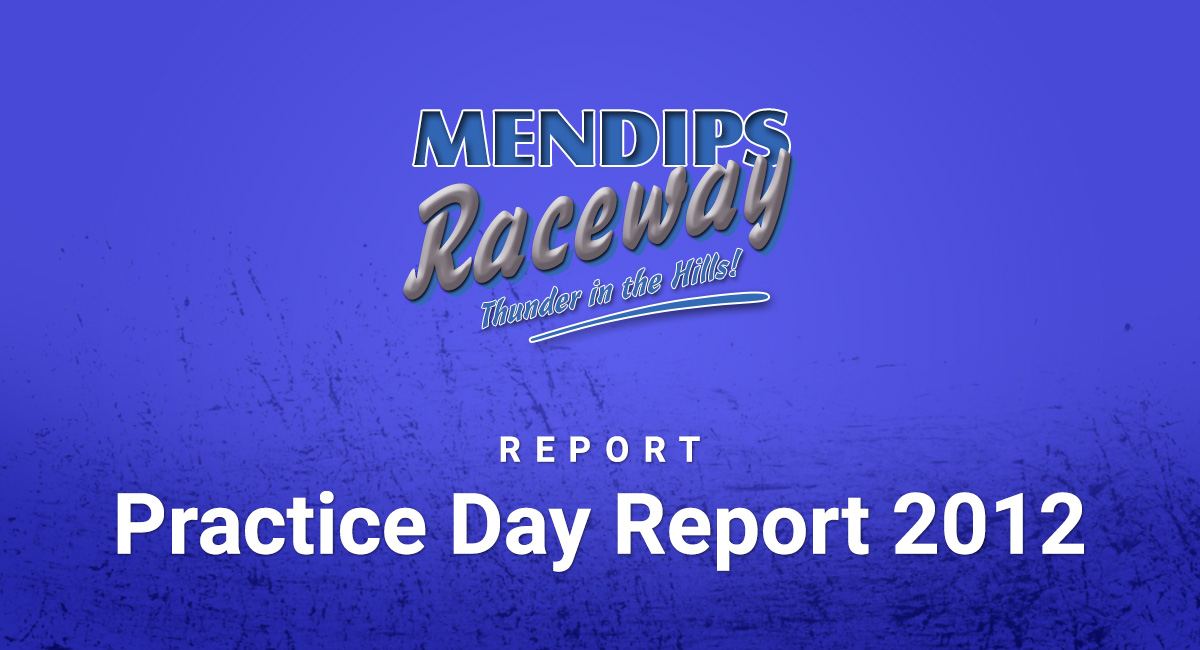 After early rain and misty conditions, the weather cleared up nicely in time for the start of the 2012 Practice Day. Over seventy drivers took part in a variety of cars, and the day included five novice Junior drivers taking their assessments and having their first drive on the Raceway. A variety of F2 stock cars were present, including Andy Russell (203), former Junior driver testing his newly acquired ex Dave Ruby F2 stock car, and Ryan Wadling (476) who has recently changed from Saloon stock cars. Jim Lewis(651) was back in his revamped car, and Paul Butcher(189) was driving the Higman car built for brother Terry some time ago and never used.

Driver of the Year Tom Davey was trying out a brand new Special Rod, which he intends to race alongside his Rookie and National Banger commitments. There was an unfortunate incident in the Hot Rods, when Alan Shelper’s (88) car lunched its engine, causing a three car pileup on spilt oil and water, with Neil Muddle’s (35) taking the brunt of the damage. There were four saloon stock cars-two Ringwood cars, plus Rob Bevan(49) and Jason Barraclough(314), a couple of Mascars from Lawrence and Robin Bath, a Rebel fro Barry Richards (87) and one Reliant Robin!

Everyone had a good day with the probable exception of Alan Shelper, and it opened the 2012 season nicely as a prelude to the opening race meeting on Sunday March 18th, for Juniors, Micro Bangers and Hot Rods.