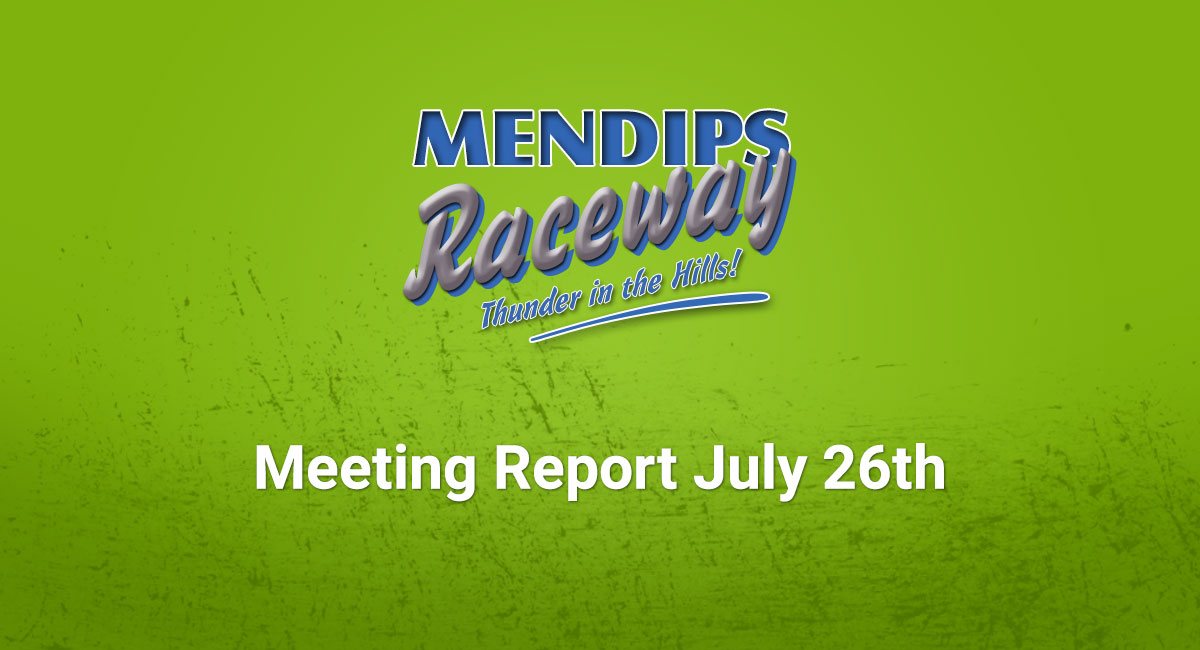 It was with a sense of great disappointment that the meeting today had to be abandoned. Although rain had been forecast for Sunday the day had started breezy and dry, and it was without warning that cloud descended on the Raceway just before Heat One for Hot Rods, which was run in reducing visibilty. Heat four for Bangers was next on the programme, and the cars were lined up ready to roll, when discussions between the Steward, Phil Dicker, Clerk of Course, Nick Lewis,Superintendent of St Johns, and Promoter Graham Bunter led to the announcement that racing could not continue with visibilty down to ten yards, and there was no sign of improvement.

The meeting had looked good on paper and was fullfiling its promise, and when the decison to abandon was made, the prize was awarded to the highest scoring team at that point, Condoms B, captained by Shane Davies(158). Four entertainer awards were made Mavis (9) Pikey (190), Steve Griffin (44) and Alex Waterman(741) for causing some superb wreckage, and Stu Harrop's Hooliganz were awarded best presented team.

Some extra photos from the meeting are HERE

Mendips Raceway would like to publicly acknowledge the committment of all the teams that had travelled to the meeting, and all the fans who were present, and to say how difficult it was to have to make such a decision, which was ultimately very well received by all present.