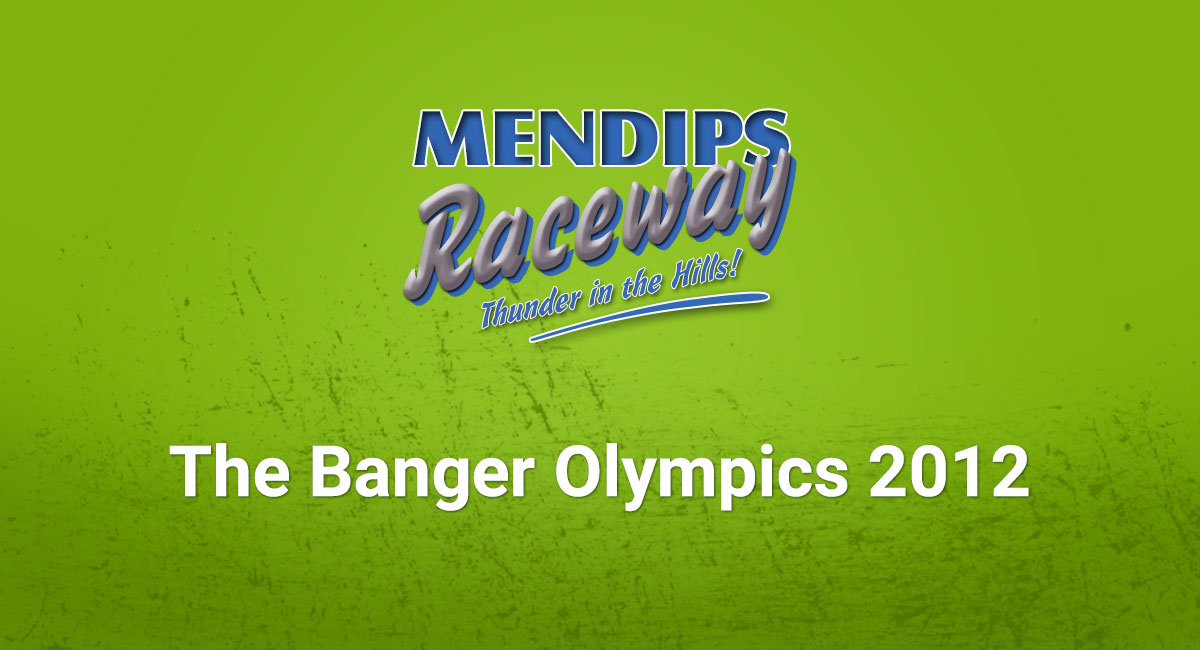 If the thought of all that running, jumping and swimming for two weeks in July 2012 doesn’t float your boat, then join Mendips Raceway for The Banger Olympics-the Ultimate Banger Team Meeting!

This meeting will be all bangers - with no support formulae.

There will be team of five drivers, and each team will represent a country-just like the other Olympics.

In the team there will be one micro banger, one non Mondeo 1800cc Banger, two 2-litre bangers, and one unlimited banger.

The final format is not yet decided, but it is likely to feature two heats, Final and DD for each class.