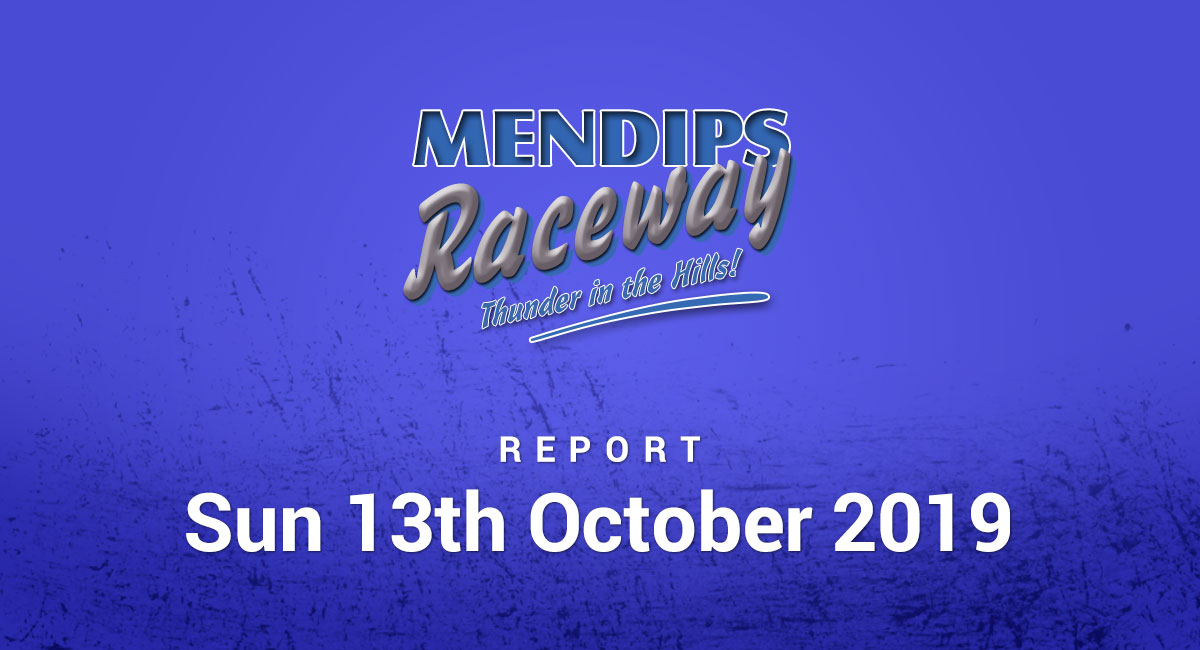 After a lot of rain overnight and in the morning, it was still very foggy at the start of meeting. The first race was for the Junior Rods in which the visibility varied between ¼ to ½ the track and the fog lifted for the 2nd race and stayed clear and dry for the rest of the afternoon with the track getting dryer as the meeting went on.

41 Rookie Bangers turned up, serving up some good action, and they were a good mix of cars including, BMWs, Ford Focus, Mondeos, Sierra Estates, MK3 Escort, a Ka, a Capri, Vauxhall Astras, and Honda Civics. The Bangers were split in to two Heats with the Winners on the front row for the Final, Amongst the action in the 1st Heat 174 Ben Taylor was introduced heavily to the wall, and they was a couple of small pile up’s, 186 Sophie Fasey went on to take the win, from 929 Sam Baker, then 701 Be Brice. In the 2nd Heat Amongst the action they was another couple of small pile ups and 808 Simon Hartland run into the back of D.Greening, 881 Gary Emery went on to take the win, from 440 Macauley Mills, then 100 Alec Jenner. 13 Cars came out for the Consolation, 154 Joe Odhams spun 176 into the wall, and Hartland retired, and 126 Darren Willis and 820 Ian Mc Naught had a big coming together, 27 Dean Quinn went onto take the win from 29 Luke Dalton, then 595 Ban Wall. 30 Cars Qualified for the West Of England Championship amongst the action in a very lively race 34 Scott Gray ended up in the wall on the 1st lap, and later Gray got spun out and was collected head on by 775 Brad Hunt, and later Hunt was turned into the fence and was stranded on the home straight, and later Hunt was collected by Quinn, Baker went on to take the win from Fasey, then, 938 Ash Rice. 25 Cars came for the Allcomers Race and there was a pile up on the 1st bend leading to a stoppage, to assist Hartland out of his car. 14 cars made the re-start led by Emery from Quinn. Quinn gave Emery  a lot of attention but Emery managed to hang on, then on the turnstile bend Quinn ½ spun Emery and 743 Jake Bond ½ spun Quinn at the same time and Bond went onto cross the line 1st but after checking the lap sheets it was declared that Bond was actually a lap down so Rice was declared the winner. 938 Ash Rice was also declared Track Champion. 6 cars came out for the D/D Odhams gave 111 Tommo a big jacking, and it ended with a Head On between 362 Aaron Loader and Tommo, and Tommo was declared the winner.