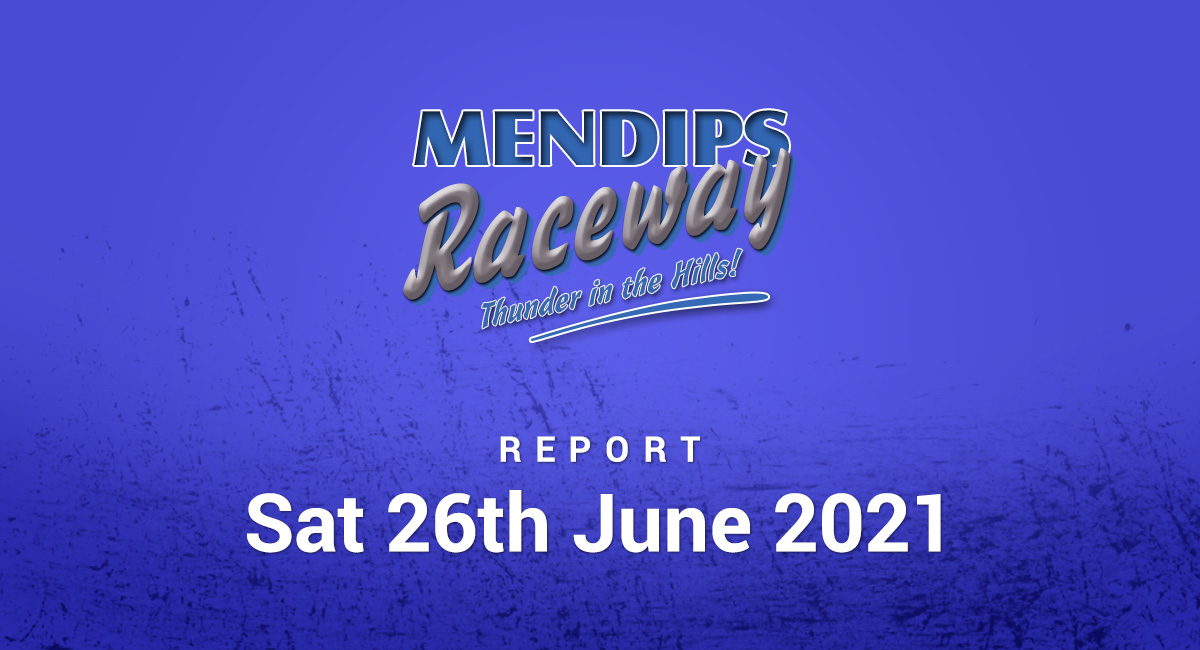 It was a dry evening with dry track conditions.

81 B2B Bangers turned up and a lot of the cars were very smartly presented, There was a good mix of cars including Vauxhall Astra’s, Caviller’s, Vectra’s, and Corsa’s, Agila’s, Ford focus’s, Fiesta’s, Puma’s, Pergoeut 205’s, VW Polo’s and Golf’s, and New shape VW Beatle’s, and New shape Mini’s, Nissan Micra’s, Honda civic’s, and a few People Carriers, and an Audi A3 amongst other cars   they was split into 3 Heats, with another two allcomers Heats.

In an action-packed 1st Banger Heat 90 Mark Bartlett led from pole then amongst the action 92 Liam Bartlett ended up on his roof M.Batrlett led the re-start and on the last lap 300 Jon Ayles spun Bartlett out to take the lead, Ayles went on to win from 262 Rob Bugler, then 333 Charlie Randall. Amongst the knock and spins in the 2nd Heat 87 Jason Harvey ended up on his roof and got pushed and slipped ½ way round the pit bend, 221 John pee wee Paul, led the re-start from 562 Jayden Malters, then 50 Joey Mullady got put on his side and was saved from rolling further by the inner marker tyre!!, John Paul led the re-start from Malters, then 309 Chris Parry, then Parry shoved Malters wide for 2nd , then Parry shoved John Paul wide to take the lead. Parry went on to take the win, from John Paul then 240 Rob Setters. in an action-packed 3rd Heat 17 Charlie Edgecombemanaged 1¾ roll and 313 Dale Strange got spun and was collected Head-on by 171 Jamie Strange triggering a pile up, and 411 Jack Eggelton was left perched on the infield wall!! 208 Pj Collins went on to take the win from 122 Mark Cooper Junior, then, 739  Jason More About 30 cars came out for the 4th Heat a lot of cars crashed out on the 1st bend, then 238 Mark Wareham got spun out and was collected head-on triggering a jacking train!! and there was a pile up on the turnstile bend. 7 cars made the re-start led by 33 Pete Rice, only 5 cars made the distance Rice took the win from 183 Jack Strudwick, then 49 Ash Harvey. About 40 cars came out the Final, 258 Jason Hughes survived the action to take the win, from Setters, then, 290 Stephen Bailey. 11 Cars came out for a hard hitting quick and sharp D/D won by 462???.

24 Special Rods turned up, and they was a few more driver’s with BMW’s, and they was a lot of close racing and overtaking 17 cars came out for the 1st heat, 26 Leah Bennett led from pole from 61 Beth Stevenson for a lot of laps, then 100 Thomas Weeks and 61 Stevenson had a coming together and Weeks retired, Bennett led the re-start from 720 Dan Latimer, then 38 Kevin Styles, D.Latimer then went round the lead then, 135 Jim Cannon and 275 Jak Buckingham had a coming together and, a few lap later Cannon got spun out, and with 5 laps left 278 Andrew Bressington and 120 Andy Latimer went round the outside of Bennett for 2nd and 3rd, D.Latimer took the win from, Bressington, then A.Latimer. 16 Cars came out for the 2nd Heat, Stevenson led from pole and A.Latimer made it up from 5th on the grid to 3rd then A.Latimer went round the outside of Styles, then Stevenson to take the lead, 181 Ian McLaren made it up to 4th from 6th on the grid then McLaren spent a few laps on the outside of Styles before he could make it stick, then Cannon got ½ spun on the turnstile bend and got stranded facing the inner marker wall, A.Latimer, went on to win from Stevenson then. McLaren, then Styles, then 41 Dene Howard (from 15th on the grid). 22 Cars came out for the 3rd Heat and there was a lot of contact, Stevenson took the early lead from Bennett, then 517 Scott Weldon went round the outside of 49 Rob Bevan to take 3rd, 46 Angie Harris got spun out and 768 Joe Delahay got tagged going down the home straight and done well not to spin out and ended up on the infield then Weldon went round the outside of Bennett and Stevenson to take the lead   Stevenson was declared the winner from, Bennett, then Weldon who was docked two places for contact 16 Cars came out for the 4th Heat Bennett took the early lead, then Weldon went round the outside of Bennett to take the lead, on the last lap there was a coming together on the turnstile bend and 701 Ben Brice ended up with his front end stoved in!! Weldon went on to win by about ½ a lap from Bressington, then, 60 Tom Bristow.