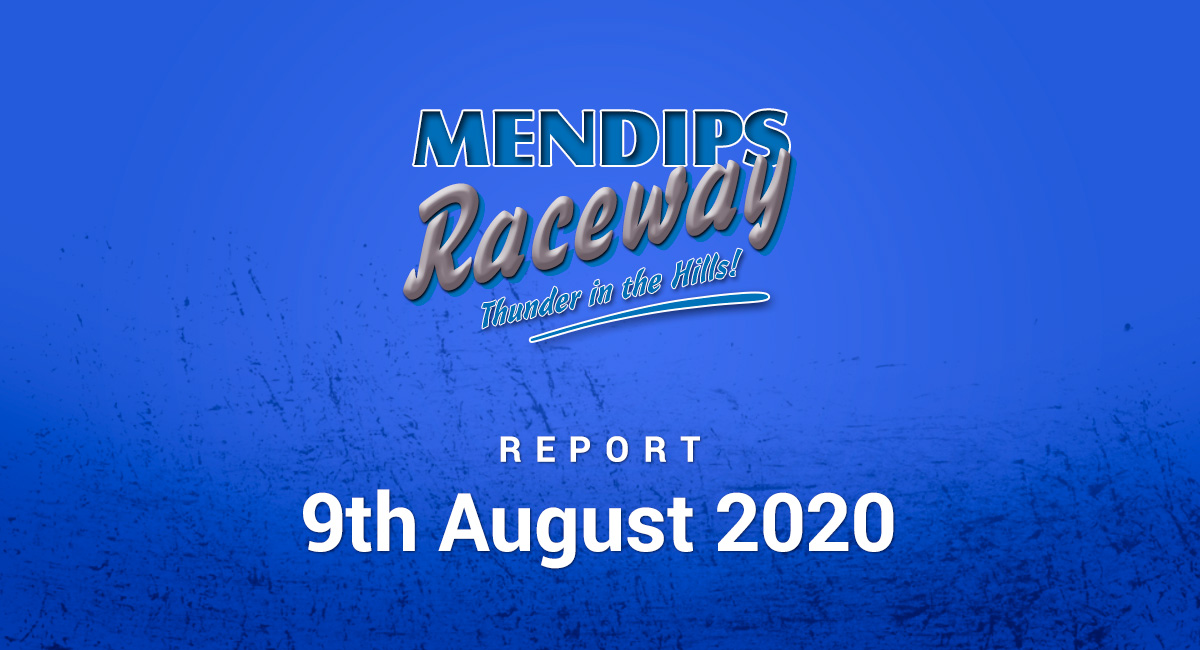 August 9th Sunny skies befell Mendips in the first race of 2020, somewhat delayed due to Covid. Whilst it was pleasing to see faces new and old, despite being in unusual circumstances, we do ask that everybody continues to abide by the guidelines, otherwise we won’t be able to see out the racing season.

The Class of 2020 finally got back to school. It was a white top lock out as the new drivers showed the way.

In the ex Josh Weare car and number, Dylan McDermott (36) took to the circuit like a duck to water emphatically winning his first heat. Likewise, Jake Ralfs (28) took the win in his old Mini in heat 2 from the white grade.

Heat 3 was an early contender for race of the year. In the concluding laps, Ralfs and McDermott switched the lead, and were joined by Tom Gumbleton (190) and Alfie Brimble (236). 4 cars went into the corner with McDermott holding steady.

Come the final and the slightly longer race, all eyes were on the star guys. However it was the white graders of McDermott and Ralfs who led the way. Ralfs pulled away and the rapidly improving Harry Melville (26) and the consistent Ieuan Preston (149) followed behind. As the boards came out, Melville tracked Ralfs and couldn’t quite get on terms. So a heat and final double for Ralfs – certainly one to watch this season.

With the added incentive of a wildcard entry for the World Final on the 13th September, the entry was big but the cars were small. A vast array of Kas, Fiestas and Micras took to the track. Sam Bartlett (92) took the first heat from Bevan Bailey (313).

The second heat was a bit more brutal with south coast sensation Liam Lake (114) taking the win after Cam McColm (36) was deemed to have jumped the start. In the attritional consolation, Sam Turner (256) ended up being victorious.

The final had several restarts as cars rolled and got going. Bartlett took an early lead, and that was the way it was until a track blockage on the turnstile bend, which allowed Macauley Mills (440) into the lead as he found one of the few unblocked exits. With 1 to go, the lead changed again as Big Mac (440) was hampered, Bartlett regained the lead and Martin Dalton (58) came through to second. Bartlett took the win and with it his entry into the World.

A last minute addition to the bill saw 6 robins come on to track, with Aaron Loader (362) taking a faultless hat trick. There were rolls for Matt Caple (518), Martin Dalton (58) and Tom Weekes (100), fresh out of Juniors and fresh on his roof! All eyes on the Bank Holiday meetings- please check the website and socials for details….