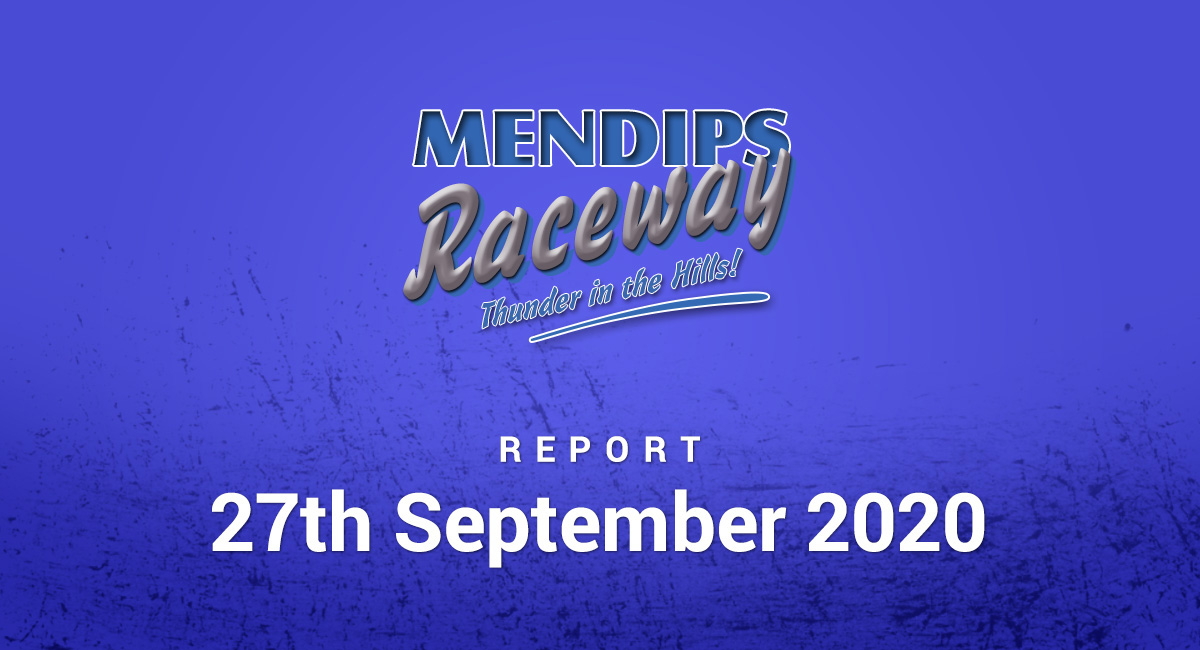 It was another dry afternoon with dry track conditions.

17 Saloon Stock Cars turned up, with quite a few East Anglian visitors, including 399 Cole Atkins, 120 Luke Dorling, 730 Deane Mayes, 561 Aaron Totham, and 161 Billy Smith who was using his dad’s car (Diggy Smith). The first Heat had the most action.

In the 1st Heat 340 Will Brazier led for a while from pole and amongst the action 161 Billy Smith introduced 902 Bradley Compton-Sage to the fence, and 276 Ben King was one of a number of drivers to be spun out. 399 Cole Atkins made it up from 5th on the grid to take the lead then on to win from, Smith, then 980 Charlie Lobb.

In the 2nd Heat King led for a while until Atkins took the lead, further back 277 Jack Grandon, and 476 Ryan Wadling had a big coming together, Atkins built up a big lead and Smith made it up to 2nd then set about reeling in Atkins, Smith caught Atkins at the end of the last lap, Atkins took the win from Smith then, Compton-Sage.

In the Final King took up the early lead from 3rd on the grid, then Atkins took the lead, Atkins then built up a big lead and the battle was on for 2nd which Smith got to the front of, and going into the last corner Compton-Sage fired Smith into the fence and 561 Aaron Totham nipped past them both, then Compton-Sage spun Totham across the Finish line with Smith not to far behind, Atkins took the win and they had to check the transponders to declare who was crossed the line in 2nd!!! Compton-Sage was declared 2nd, from Totham, then Smith.

20 Special Rods turned up and they were running a 2/3rds format. There was a lot of stiff competition and the top drivers struggled to get to the front with a lot of good battles through the grid. In the 1st Heat 26 Leah Bennett took the early lead from pole and 275 Jack Buckingham and 517 Scott Weldon went round her outside for 1st and 2nd 775 Brad Hunt spent a long time on the outside of Bennett before he could make it stick, Buckingham went on to take the win from Weldon, then Hunt, then Bennett.

In the 2nd Heat 60 Tom Bristow led from pole for a lot of laps before 181 Ian McLaren found a way past to take the lead, 120 Andy Latimer had an off on to the infield and 44 Sam Howard, and 135 Jim Cannon retired from the race, McLaren went on to win from, 6 Tim Bristow, and 701 Ben Brice was the 1st star man home in 6th.

In the 3rd Heat 60 Tom Bristow took the lead from 2nd on the grid and Buckingham spun out in front of Tim Bristow, and McLaren went round the out side of Bennett for 2nd, then Mclaren tried going round the outside of Tom Bristow but Mclaren couldn’t make it stick and dropped down to 3rd further back there was a gaggle of cars battling for 4th and they got bunched up and 700 Les Brice, and 720 Dan Latimer had a coming together, Tom Bristow went on to win from Tim Bristow, then McLaren, then 519 John Scorse, then B.Brice.

17 Cars made it out for the Final Tom Bristow took the early lead from 2nd on the grid and led for a while, and Weldon made it from 4th on the grid to 2nd and Tom Bristow spun in front of Weldon, and Weldon took the lead. On the last lap B.Brice made it up to 4th then B.Brice went round the outside of Mclaren then Buckingham, and Buckingham and B.Brice crossed the line side-by-side.

There was a Stewards Enquiry after the race and Weldon was declared the winner from Buckingham, then B.Brice, the Mclaren.

29 B2B Bangers turned up with a good mix of cars there with the Vauxhall Astra being the most popular, there was also Vauxhall Cavaliers, and a Chevete, Ford Fiestas, and KAs ,and Honda Civics, and two new shape VW Beetles, a Seat, and 270 the Slug had a small van, and 101 Quinton Howard-Evans had a Mercedes ‘A’ Class, and they were some estate cars.

The 1st Heat in the Bangers also had the most action. In the 1st Heat amongst the action there was a crash on the turnstile and there was a stoppage as a driver needed assistance, 852 Ryan Hughes led the re-start and 31 Michael Rice got spun on the home straight and got T-Boned by another car, triggering a lot of action and 279 Mason Thomas went onto two wheels and back to all 4, there was a lot of action on the Pit Bend, and 921 Zak Harvey got spun and nearly rolled then landed back on all 4, and only 8 cars made the distance and 49 Ashley Harvey took the win from, 102 Max Williams, then 129 Lee Dalton.

In the 2nd Heat 111 Tom Ruby and 308 Steve Fletcher had a big coming together, 131 Owain Cox was black flagged as his bonnet was hanging off, also 264 James Amor ended up on his roof, 404 Rob Mills led the re-start from Hughes, then Hughes shoved R.Mills wide to take the lead, only 9 cars made the distance, Hughes took the win from R.Mills, then A.Harvey.

In the Final 23 Clive Crockford spun 394 Ben Myers out, then 298 Dave Greening, and 61 Beth Stevenson got spun out, and there was a 5 car crash on the turnstile bend and 881 Gary Emery ended up facing the wrong way then Emery reversed and perfected a J-Turn to face the right way, Hughes appeared to cross the line 1st, but after a Stewards Enquiry 58 Martin Dalton was given the win from, 743 Jake Bond, then L.Dalton.

12 Cars made it out for the Allcomers Race Stevenson spun A.Harvey out, then Greening, and Emery and 17 Jacob Filer crashed on the turnstile bend, and Emery’s car had a small fire, then A.Harvey and Stevenson got sun out and M.Dalton took the win from, Hughes.

In the D/D most of the action was on the turnstile bend and there was a stoppage for a driver needing assistance, only 440 Macauley Mills and Tommo made the re-start and it ended with them both having a Head On, and M.Mills car was the only car left running