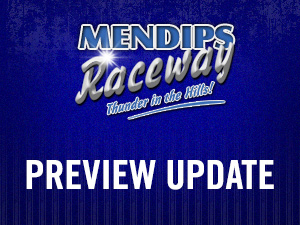 Bookings have been flowing all week for the National Bangers Old Skool West of England Championship and we now have 38 drivers booked to race on Sunday!

The Championship will be run over two heats, consolation and Final, with an Allcomers and Destruction Derby to end the day.

Junior Rods Points leader Charlie Ayles (300) is a doubtful starter having injured his ankle this week, but he is still hoping to take his place on the grid on Sunday.