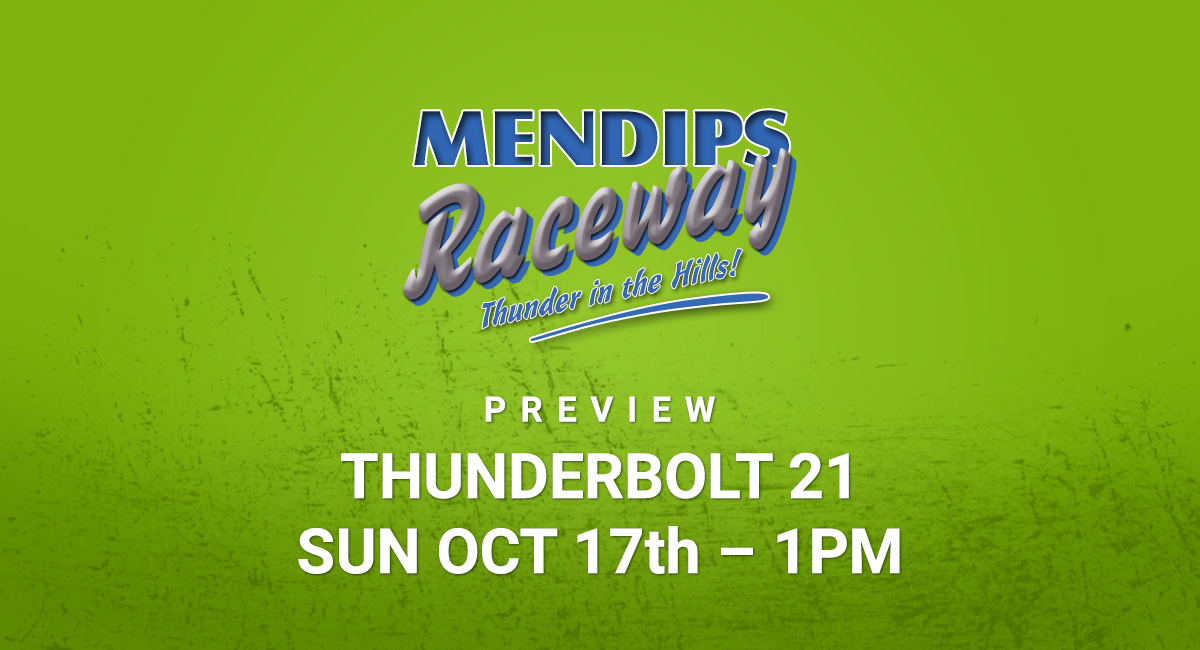 It's Mendips Raceway’s penultimate meeting of 2021!!!

The rescheduled Thunderbolt 21- the Unlimited Bangers showpiece, moved from May, due to lockdown, tops the bill, along with the BriSCA F2. With prizes galore for all formulas, and much to be decided - it's one not to miss. Be there, Sunday 17th October at 1pm!

A welcome return if not somewhat delayed for Thunderbolt to its original, unlimited format. In his pre match booking call, race manager Jack Bunter, called on the drivers and fans alike to make this meeting as hot as the sun!

With the majority of the Unlimited scene being dominated by Spedeworth’s World Series, it is little surprise that the Unlimited meets which haven’t been under Mr Wood’s steely gaze haven’t attracted the best numbers. But the entry is looking promising for a decent crash!, with added prize money and kind sponsorship for R& J Vehicles

Leading the entry is regular Steven “Boogie” Bugler (252). Fresh from his runner up performance in the atrocious weather which befell the Ipswich World final earlier in the month and that monster wreck following the “PRI” World, his already rising stock has risen new heights.  Track champion designate, Roona (262) has been the one to watch when the gloves are off. A welcome visit from “No Show” (714) is on the cards and the always popular Rickie Beasley (67) is sure to entertain. So strap yourselves in, get ready for some full fat, unadulterated, hardcore carnage!

What should have been the National Series Round for the BriSCA F2’s, usually a great end to the season has been cancelled due to the ‘Rona Hangover and tightly packed schedule. But numbers for this meeting are very promising and with a fair few surprise entries.

Leading the points is third generation racer Tommy Farrell (667) showing the way his dad Tim and great uncle Bill (Batten) to drive around the Mendips. Likewise the next generation have been the stars of the show this year with ex junior rodder Josh Weare (736) now hitting the dizzy heights of star grade. Whilst son Charlie (35) is making big strides in the formula, Justin Fisher (315), is having something of an Indian Summer proof that the old dogs can keep up with the whippersnappers!

The Smith Sisters are aiming to be with us again. Both Jess (390) and Rebecca (931) are certainly making their own chapters in the racing  dynasty of the Smiths. Rebecca winning the final at Skegness the  last weekend in front of a huge F1 fanbase. She joins Jess in the yellow grade.

Next up Saturday 30th October– it’s the season finale. Halloween Havoc!!! Not one, not two but THREE West of England Championships to be decided for the Rookies, Juniors and Specials, in a spooktacular end to the season. And a huge FIREWORK display to see off the season in style.

See you there if you dare!