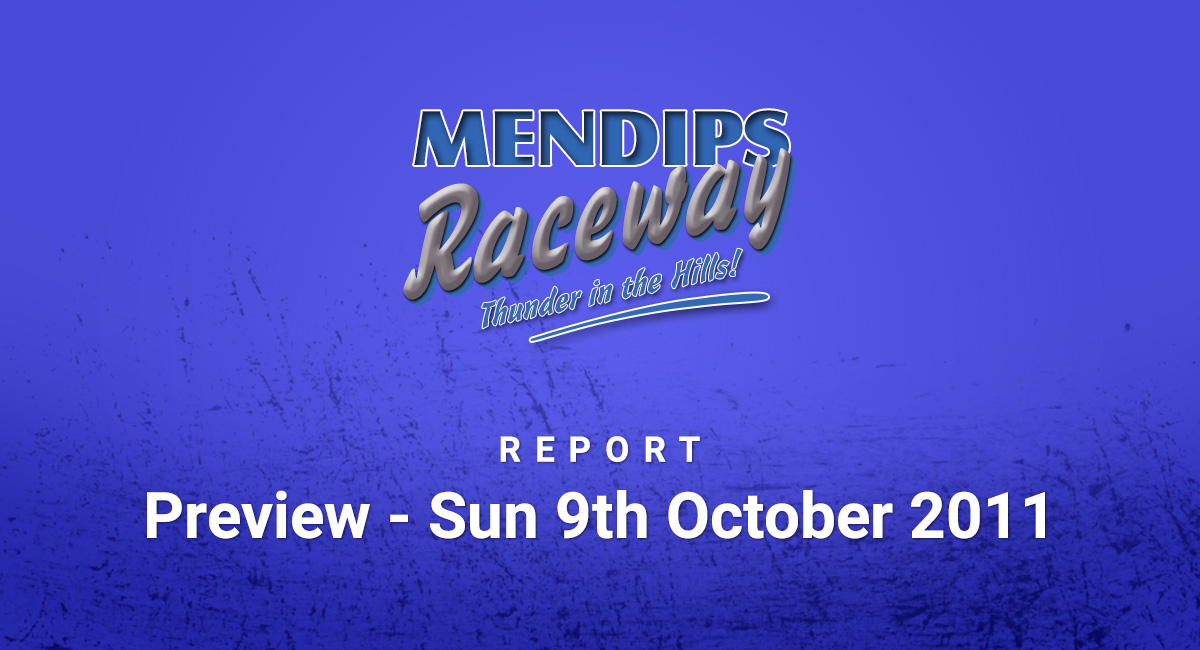 In a quick turnaround from our previous session, our 43rd season of racing will be consigned to the history books this coming Sunday, the 9th, and we are certainly looking on going out on a high.  It is probably too much to ask for the Indian Summer to continue, but let us also hope that mother nature does not keep us guessing like the last meeting!

The unlimited Bangers West of England Championship has been the climax of the year for a while now, and even when it wasn’t the actual last of the year, it was still an autumn highlight with a long history that pre-dates the vast majority of the big title races that are raced for now and is the oldest title in the southwest region.  Not only the Bangers, but it is a triple header once again as the all Sierra Special Rods and the youngsters in the Junior Rods also get their version of the West of England.  All of this will be as well as the conclusion of the respective points championships means that there will be plenty of fine silverware to go for today.

The National Banger meetings come in all shapes and sizes, and three weeks ago we were in under 1800cc form when 2 litre World Champion 190 Steve ‘Pikey’ Bailey showed his class as a driver and/or big hitter by taking victory, and in fine fashion too as 224 Dale Edwards somehow managed to throw away a race long lead on the last corner.   The last time we had the big unlimited cars was back on the May Bank Holiday Monday when the veteran stars 40 Pete Stanley and 517 Scott Weldon shared the honours between themselves.  The pair a set to represent Mendips Raceway at the Unlimited World Championship at Ipswich next weekend and also look to be the 1-2 in the overall track points this season too, with Scott looking set to take that, proving that experience counts for everything.  Others to watch out for will without doubt be Pikey, either for the win for the crash whilst another current reigning World Champion 162 Brett Ellacott will be looking to regain the title he last one seven years ago.  44 Steve Griffin was the winner last year but he has not raced much at all this season, as he became a father earlier in the year and is not likely to defend.  So whether we see a new winner on the trophy remains to be seen. The battle between local star 363 Sam Trim and the Devon based drivers could reignite, so as ever, anything can happen and probably will!  We thank Wilcox Cider for their sponsorship of the event.

The Special Rod points title is set to go to the wire with the top three very close, defending silver roof 18 Russ Colenut just seven points clear of 23 Ross Stuckey and 47 Richard Howard still mathematically well in there too.  So, for the top drivers they will have that in mind as well as the West of England today, given the way the grid is decided with the heat winners off the front of the grid which means they are vitally important too.  This is not everyone’s favourite way of running a big race, but it produced an absolute stunner for the past two years.  Last year 25 Robin Bath took the title in a great drive and whilst he announced his retirement from the class afterwards, and has been racing in the Mascar’s this year (as seen on Premier Sports on Sky 433…) he is going to defend his title today and also continues his association with the race through sponsorship from his Arebee Signs business.  Expect plenty of close action from the Sierras.

The Junior Rods come to the end of their first season since being reincarnated from the Mini Rods, and whilst the Mini is (and pleasingly really) still the most popular choice of car, the introduction of other 1000cc cars has opened up the youngsters class to new drivers and increased numbers.  The battle for the points has raged all year between 127 Louis Aldom and 510 Sid Harrison.  However, both had blank days by their standards back at the last meeting in August.  That did not affect their positioning seeing as they both did, but they will need to be on their best today of course.  7 Aaron Charles, who has raced very little here this year, was back last time and blew the opposition away.  If he is in that sort of form this time then he will be very hard to beat in the West of England.

Remember that with a busy day on track and daylight not on our side at this time of the year, the start time is earlier at 1.00pm with things getting under way with the traditional pre-meeting grand parade.