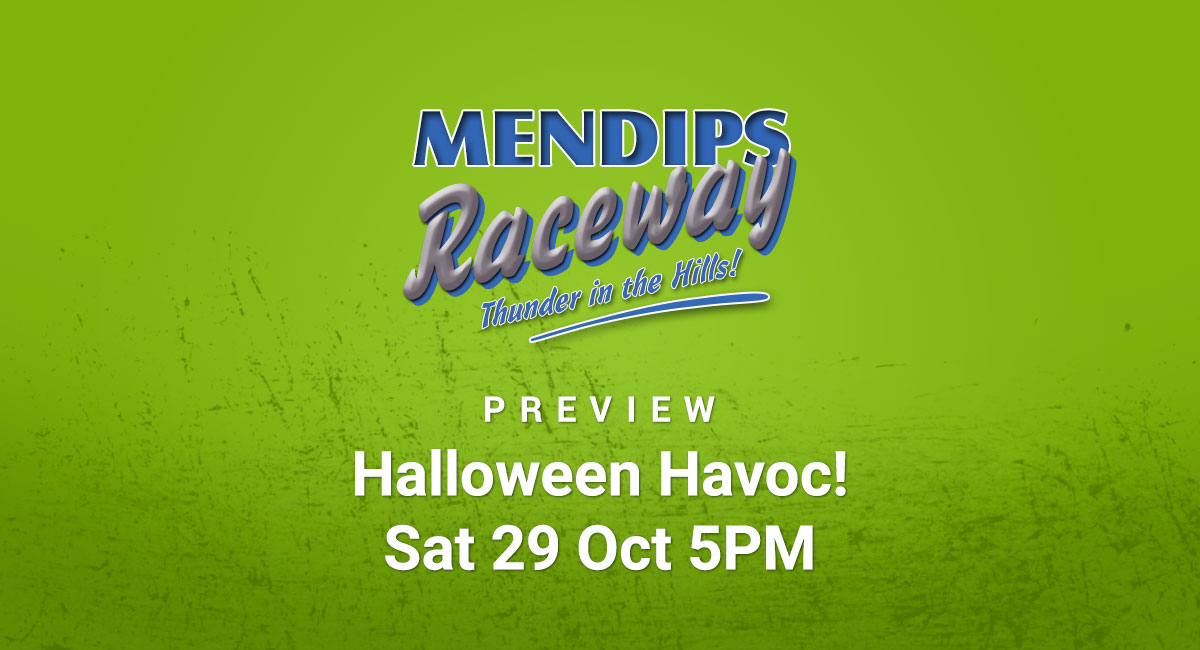 Welcome for the last time for season 2022, to Mendips Raceway, where in this spooky season, we all shall be watching things that go bump at the track!

With it being the last meetings of the season, all the silverware is up for grabs! West of England titles for all three formula, points titles to go to the wire, and spreadsheets catching alight in race control. A Halloween parade and then explosives to set the get the evening off to a spectacular firework display to end proceedings.

It’s the last day of term for our youngsters, and for some the last chance in the little league before big bad formulas come. Sure is the formula, when one name gets too old, there is often a newb ready to take over the place at the top. Many are looking at their next moves, some have even done it already (Ryan Brooks was racing in the B2B at the Caged Weekender). Leading the points after the last meeting, Jake Ralfs (28) has a significant lead over defending West of England champions Danny Allen (311), but with double points up for grabs, is that lead can soon be overturned with a spot of bad luck. The returning Dylan McDermott (36) will be one to watch, likewise the ever improving Max Barraclough (314) could be in the mix. Then you got r’ Harold Melville (26) in his farewell appearance1

The Stella Everett Trophy will be up for grabs for the driver deemed by the officials who has been the most improved driver of the season. And to start proceedings, best fancy dress and cars in a fancy display to celebrate the spooky season! Rumour has it junior rep Gem has her make up sorted, minimal I am told by a reliable source!

Another busy year with firsts for the Specials, with plenty of formats and grade changes, new names and old names. Ian McLaren (181) defends his West Of England title, to which Jim Cannon (135) proclaimed “we will never here the end of that”. And we haven’t. The West Of England, follows the “Bucket Draw” format, with the drivers picking at random, then the random grid reversed for heat 2. Fresh from their trip to United Downs, in a display that opened eyes to the Cornish folk, Jason Oliver (303) leads the overall points for all meetings. Following a cider recommendation by his favourite Cornish commentator, Jason knows not to hit the Rattlers! The Mendips points is a bit closer, as a straight battle between Lightning Rod covert Pete Jennings (68) and Jason Oliver (303). Double points up for grabs. Its also a farewell to outgoing points champion Dan Latimer (720) who will be relegated to spanners when his son joins the racing throng next season.

The nudge and spinners have had a resurgent year with us here at Mendips, with a good turnout of drivers and plenty of people having a go! Defending West of England champ Sam Baker (929) leads the points with Jake Bond (743) keeping him very honest in 2nd. Then the usual regulars Chrissy Jeanes (113), Jamie “Cookie” Thomas (70) who are often getting the tableware. The WoE for the Rookies takes the form of 2 semi final heats, and then a last chance before the gridded final for the title. If the form book goes right, we should have a battle royale for the title!

Keep em peeled for the 2023 fixtures on Mendipsraceway.com and the socials, which should be available for early January. Early exclusives are the 2023 “PRI” Banger World, the second Caged Weekender (in more pleasant weather) and the BriSCA F2 World Championship Semi Finals.

Once again, thank you for your support at Mendips this year – it means a lot to us folk!