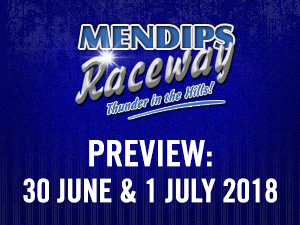 We are half way through the year that means only one thing - Our Midsummer weekend is next week. It gets underway with the Back to Basics, Robins, Hot and Junior Rods on Saturday Night, with the Old Skool Graham Salter Meeting, and Specials and the history of Heritage F1 Stock Cars

Welcome to our traditional summer weekender, and what should be a cracking weekend of racing all around. It’s the first of two speedweekends this year, and this should be the slightly warmer one!!! Cue the new radio mic, fire up the lights (albeit for one of the longest days of the year!) to see how it goes. As a Danish Blonde once sang in the 90’s, “Saturday Night, the air is getting hot” obviously came here to get inspiration for the lyrics!

Back to Basics Bangers 1800 bangers.

Find it, strip and rip, stick a cage in and race! The most basic form of racing available. A true “ have a go” experience. The whole B2B movement has encouraged old drivers back, new drivers in, and an easier build for the more experienced racer! Under 1800 with no Focus type machinery, should see a varied and different array of vehicles on display. From Peugeot 309s to Beetles, the bilge and the beautiful will meet its maker! We have over 40 cars for this one, fantastic turnout for a great nights racing. The first year this took place an epic 60 car DD took place in near darkness, but last year, no DD as the meeting was sadly curtailed before it could be run due to an incident. That won’t happen this year, as by that time, the new lights should be in full effect

Impressive numbers from the high speed non contact boys continue to grow, however it is the dominance of wily old self proclaimed veteran of the hot rod scene, Colin White (718) who continues to show us why he was a 3 time National Hot Rod World Champion. Last time, James Griggs (258) took a win of the Glastonbury man, but notable displays from Jamie Bryant (611) and Steve Hunt (282) show the way to go. With it being a Saturday night, and only the World Cup as a distraction, will the recent record of 15 cars be broken.

Some of the best racing this season has come from the youngsters. Whilst Ewan Gumbleton (190) is leading the points, Tom Weeks (100) has the wins, and Josh Weare (36) is not too far behind.
Last time out Gumbleton was truly dominant in all of his three races, taking a maximum score from the meeting. Weeks took another win in the other race, with some more impressive displays from rapidly improving Welsh youngster Ieuan Preston (149).

A much more sedate in comparison to the last Robin meeting where Crazy Day took to the floor. Adopting a more Attenboroughesque tone, Robins are rarely seen out at night, so the opportunity to have a sighting of the rare three wheeled bird in an unnatural habitat. If you weren’t a Worthington (Cliff (437) or Andrew (504)), you were worthless last time, as the pair of brothers stitched up another race win between them, literally, as they won the pairs race. Matt Dixon (509) was also victorious, along with a returning Martin Dalton (58). It’s going to be a wibbly wobbly weekend!

Day 2 of our weekend sees the action ramp up a notch and the noise go past 11! Not too loud though, some people are nursing hangovers from last night!

As is tradition on our Midsummer meetings at Mendips, the highlight of the Sunday is the Graham Salter Tribute meeting. Graham was a long standing stalwart of Mendips and Smeatharpe banger scene over the years and had a long and illustrious racing career before cancer took him far too prematurely.

Last year was somewhat more veteran based drivers taking the spoils, but the Newton Abbot based duo of Richard Sparks (247) and Nick Courtier (114) taking the spoils. Last time out for the Unlimiteds in Old Skool, Ricky Beasley (67) was victorious in the Old Skool World Final. Tom Deacon (103) took a win, whilst Johnny James (362) remains to be the main who is top of the class in the Old Skool.

More brilliant showings from the budget non contact merchants, and if recent turnouts are to be continued then its no surprise if a full format meeting is deployed!! Last time out on the last bank holiday, it was Dene Howard (41) who took a heat and final double. Dan Latimer (720) also scored a double too, and at the top of the points is Jim Cannon (135) another one of the south coasters who have joined in this year. He is followed by a brace of Brices as Ben (701) leads Les (700). Such is the competitiveness, anyone could be in with a shout!

A nostalgia trip for all those who were here in the early days of the track in the late sixties and early 70’s – the V8 roar of the BriSCA F1, really will bring thunder to the hills. These were the pioneers of the sport back its infancy and whilst some are replicas, some are actual racers from the “golden era”. A couple of nostalgia races to take you back to a time when you, your dad, your grandad or even great grandad was in shorts…. Cars to look out for are (insert bits here from booking list).
Last time these guys were here was two years ago Martin Makin had his Jim Esau 1970 Replica in victory lane – along with Johnny Painter (37)

Join us next time for the best mix of red and white you’ll see since your mum put her new red knickers in with your pristine white PE kit as Mendips goes Pink, for Filo’s Crashmania for the Micro Bangers in Teams, and the Pink Ribbon Trophy plays centre stage for the F2s, and Special Rods, plus other madness on July 22nd!