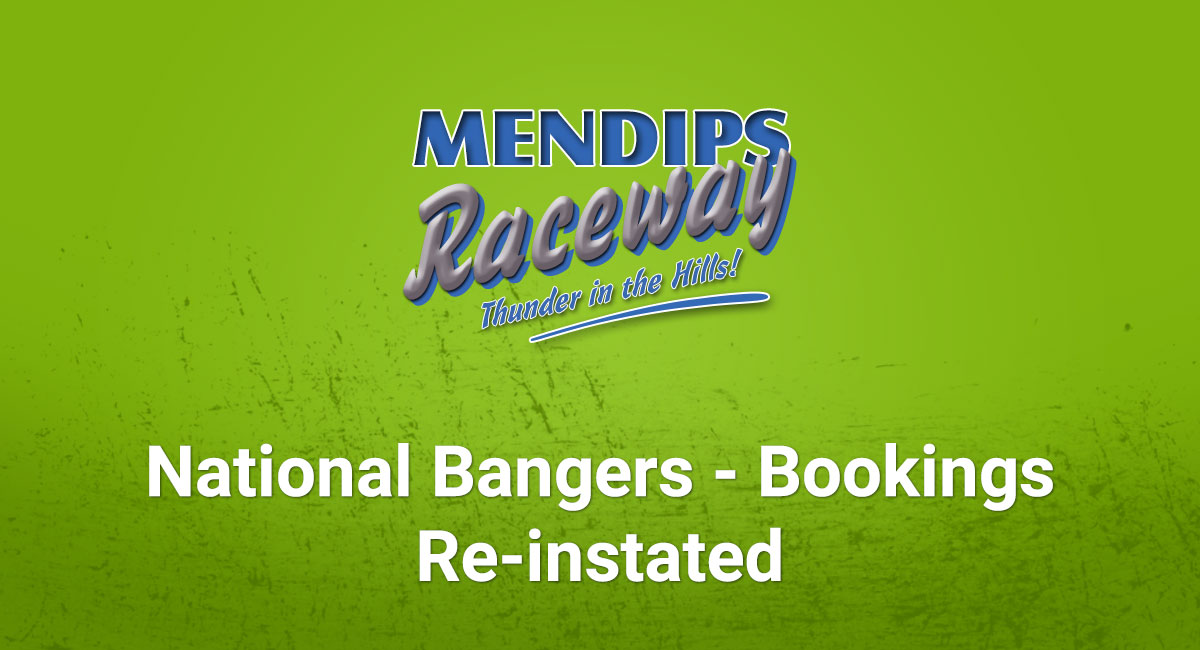 In July this year Mendips Raceway felt it was necessary to restrict bookings at its National Banger meetings due to an ongoing war between two teams of drivers.   This had led to dangerous and irresponsible driving, and driver injuries.

The ORCi has recently issued new National Banger Rules of racing, which have been published on our website, and this response has given us confidence to open our meetings up to all National Banger drivers once again, provided that they book in in the correct manner, and observe the new rules.

It was never our intention to ban drivers, but simply to make all drivers aware that while we all enjoy the spectacle of National Banger racing, repeated hits on crippled cars, and driving regardless to other drivers’ welfare, is simply not acceptable. Other promoters within the ORCI have agreed, and this had led to the new rules being issued.