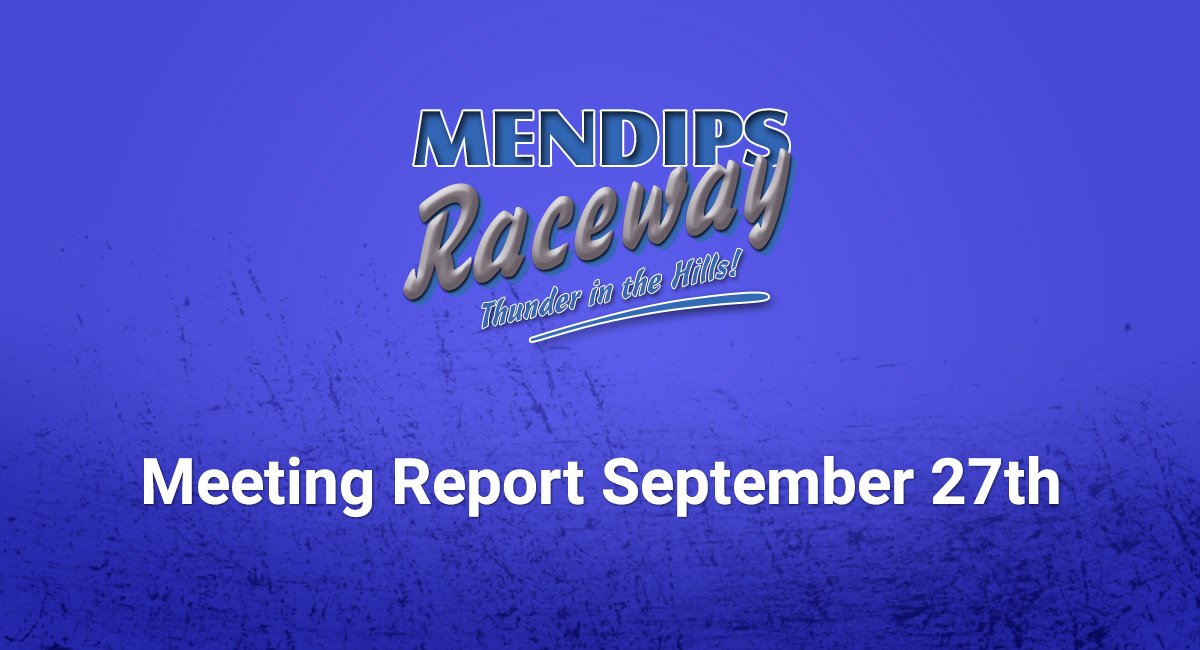 After the somewhat inclement – and damn unkind weather at some of our mid-summer events, it was great to see a proper Indian Summer’s day for the penultimate meeting of the season, and an all contact one.  The BriSCA F2 Stock Cars reached the end of their year at Mendips, the National Bangers were in under 1800cc chasing the last few World Championship qualifying points and we also had the annual visit of the Saloon Stock Cars.

Following what has become a bit of a national trend this month, the F2 entry was slightly down on what we have come to expect, with varying reasons for it.  So, the decision was made to run a two from three heat format, which made for busier tracks in all of the races, but the Final was still the biggest race of the day and there was plenty of good racing throughout.   The grand final of the Rookies Reward was first, and also doubled up as the first heat.   After 710 Brett Townsend had lead the early stages, 430 Simon Edwards went past and stayed there to take the victory.  Townsend held on for second and 605 Liam Rowe made third in a last lap scramble.   Edwards then repeated the feat in heat two, holding off 538 Chevy Mills for the win and then in the third heat it was 511 Martyn Coles who held off a last bend attack from 783 James Rygor to take the win.   The Howard Cole Memorial had 28 cars on the track and it got off to a very unfortunate start when 467 Rob Batten suffered a horrendous crash on the back straight after clipping the stranded car of 544 James Rogers.  He did a double roll and landed on top of the inner Armco.  With him being in obvious trouble, the Mendips rescue team and St John Ambulance were able to make him stable at the scene, and carefully remove him from the car.  He was then transported to hospital by Air Ambulance, as reported on the main page.  We certainly wish Rob a speedy recovery from what was a frightening crash.   After an hours delay, the race was completely re-started and it was a good one.   Edwards lead  away until there was a yellow flag for a tangle on the pits bend and then at the re-start Mills pounced to take over, but then 886 Chris Bradbury made his move on both to take up the running.  There was then further drama for Edwards as he crashed with 642 Dave Luscombe which brought out the yellow flags once again.  Bradbury had everything under control for the remaining five laps and went on to win whilst Mills held off a last bend challenge from Coles to take second, with Coles running wide enough to allow 497 Piers Cockerill through for third.   The Grand National saw victory for 877 Eddie Darby.

With a few regulars racing at the pre-1968 meeting at Hednesford, the Banger entry stood just below 20 cars but this included some rare and visiting drivers which is always good to see.  The opening heat was very lively, with plenty going on, although for some the damage done meant that it was game over early on.  152 Gary Quinn took a hefty knock at the end of the race, which left him needing medical attention.  239 Steve Carter took the win and then followed it up with another in the second, but failed the durometer test on tyre softness and so he was taken from the result and 15 Ben Tovey declared the winner.   The Final was lead from flag to flag by 252 Steve Bugler, although 210 Paul Barnes was right with him at the flag and Carter made third.  The Allcomers saw 741 Alex Waterman take the win and then the DD saw Carter outlast them all to take the win.

The Saloon Stock Cars unfortunately had a poor turnout of cars, which was disappointing given that they are a visiting formulae.  The seven drivers present did their best to put on three good, and close races though and the meeting could well be remembered as the final curtain call for former World Champion 001 Phil Morgan who used the 30 Barry Hollett car in a one-off return.   199 Phil Powell took heat one but from then on the day belonged to 125 Mike Hibbert as he took heat two and the Final where he beat Powell to the line and 127 Steve McMillan, all the way from East Anglia in third.