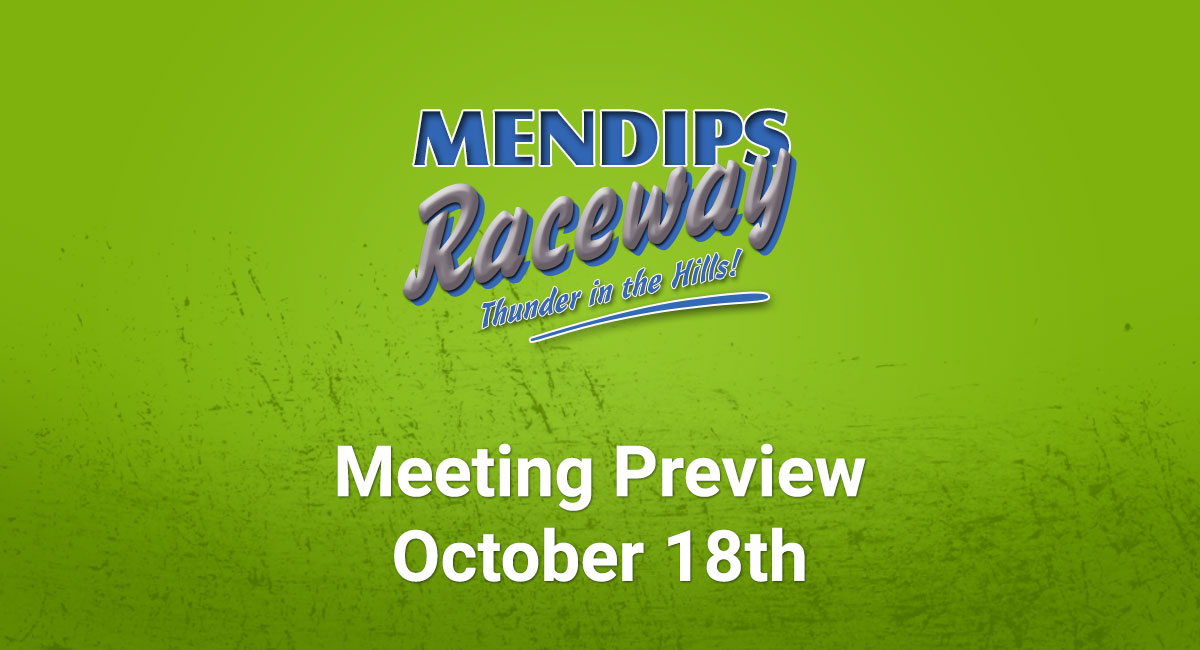 Mendips Raceway’s 41st season of racing will be consigned to the history books this coming Sunday and we are certainly looking on going out on a high.

The unlimited Bangers West of England Championship has been the climax of the year for a while now, and even when it wasn’t the actual last of the year, it was still an autumn highlight with a long history that pre-dates the vast majority of the big title races that are raced for now.  Not only the Bangers, but it is a triple header once again as the all Sierra Special Rods and the youngsters in the Mini Rods also get their version of the West of England.

The National Banger meetings come in all shapes and sizes, and last time we were in under 1800cc form when 252 Steve Bugler, in what was a very rare trip to Mendips took the Final honours.

The last time we had the big unlimited cars was back on the May Bank Holiday Monday when 517 Scott Weldon took two wins before 58 Martin Dalton took the Final and 404 Rob Mills the allcomers.  It came as a surprise to some when Martin decided to call time on his racing back in the summer, and therefore not set to be present.  Both Weldon and Mills are though, and two very experienced and capable drivers who will be amongst the favourites.   198 Marcus Goldsmith is another who falls into that category, and made history last year when he became the first driver to have held the title in both the Bangers and Special Rods.  The ones that they will all be looking out for though will be the blue, white and purple cars of the ‘Midnight Runners’, who really are riding on the crest of a wave at the moment, especially throughout the south west.

190 Steve ‘Pikey’ Bailey leads the track points coming into today’s meeting and with both 58 Dalton and 210 Paul Barnes not racing, it looks likely that he could take the honours in that at the very least, and a strong contender for the West of England too even if coming from the rear of the grid as a World Champion.  239 Steve Carter, 341 Andrew Jones, 714 Paul Smaldon and 741 Alex Waterman all know what to do around here too and it would be a surprise if at least one of them wasn’t on the podium come Final time.

Last year it was 90 Mark Bartlett who took the title, but he has retired from racing too, so we are looking at a new, or at least former winner today.   After the West of England there will be the annual thrash across the Figure of Eight for the Horace Hunt Memorial which was won by 796 David Steeds on what was a rare on track outing.

The Special Rod points title will be decided too with 47 Richard Howard, Final winner last time out, on August Bank Holiday Monday in the hot seat.  Indeed the top three in the points occupied the trophy positions with 42 John Major and 23 Ross Stuckey second and third.  Major is Howard’s biggest challenger in the points whilst for Stuckey and defending title holder of the West of England, the afore mentioned 198 Goldsmith it is mathematically possible.  As ever with the Sierras, it will be close and competitive racing and there is every chance a surprise winner will be thrown up.

In the Mini Rods, 60 Steve Sayer can only really lose the points championship from his position as he is 20 points clear.  But, with 30 points on offer it can be done of course.  As with the Special Rods, the Minis always provide some close and competitive racing.  11 Tony Munden comes in as the defending title holder of the West of England, but he was beaten to the flag last time by Sayer and 23 Jack Stuckey whilst in the points 7 Aaron Charles is sitting in second and he along with the mentioned trio probably come into the meeting as the favourites, but, there is nothing to say that a surprise could happen.

Remember that things will get started, with a grand parade at 1.00pm, so slightly earlier than usual.