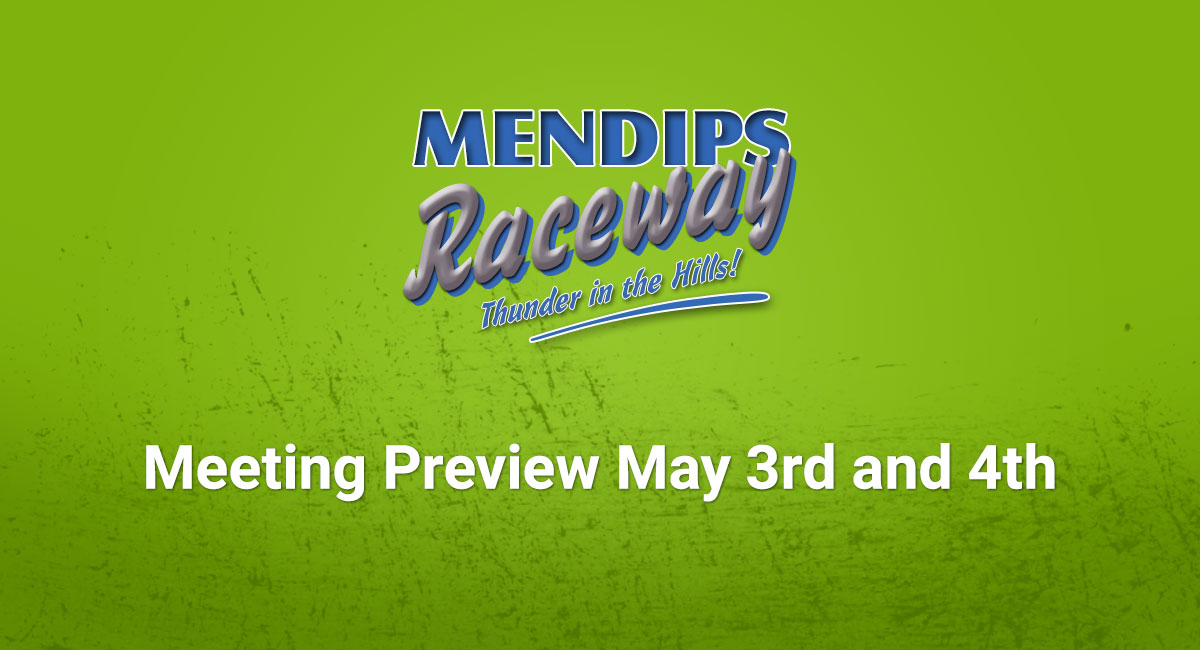 Meeting Preview May 3rd and 4th

It’s a Bank Holiday weekend, and that means just one thing; oval motor sport at its best and most varied here at Mendips Raceway.  We really have something for everyone over the two meetings with the highlights coming on Monday with Unlimited Bangers Thunderbolt on Sunday and the second outing of the season for the BriSCA F2 Stock Cars coming together for the first time on the same bill, but before that we have a great session to warm things up with on Sunday afternoon.

After having two opening meetings for the Rookie Bangers and then the successful Hearse and Limo meeting on Easter Monday it will therefore be the first occasion for the more straight forward National Bangers on Sunday afternoon with the cars under 1800cc in the first of this years World Championship qualifying rounds.

Therefore smaller cars that are often big on action,

and some of those who raced the Rookies here last time could well convert them to the different spec and bring them out this time.   Ones to watch will of course by 58 Martin Dalton and 458 Kenny Dalton and 49 Rob Bevan who has surprised a few by appearing in the black colours so far this year rather than the red.

The Special Rods and Mini Rods were with us last time out on Easter Monday where they added to the fun on the day with some close and competitive racing.  So close in fact that in the Special Rods the bigger names found it hard work coming from the back.  The control Yokohama tyres they now use for this year seem to have had a great levelling of the field and that can only be considered a good thing.

A white grade 1-2-3 in a Final is still a rarity though in any formula but that is what we had last time with 930 Nick Simons winning from 144 Mark Thompson and 17 Lee Robins third after winning a heat as well.  Suffice to say with big helpings of points such as this for the lower graders, they will not be starting there for too long and another fascinating battle lies ahead then.

The Mini’s saw the older and thus more experienced drivers come to the fore in the shape of 11 Tony Munden and 60 Steve Sayer but there was once again another good drive by 91 Sam Bartlett.  So these three along with the like of 7 Aaron Charles, 22 Jordan Puddy and 23 Jack Stuckey could be the ones to watch once again.

The day will be rounded out by the high speed Hot Rods who were out last on Easter Sunday and whilst 718 Colin White had a hat-trick of victories he was made to work for it by 734 Ralph Sanders, 205 Mike Norton and especially in the Final by 18 Larry Langmead.  Mendips Raceway is now the only track in the south-west of England where these high speed cars race, and we were pleased to see them arrive with enough numbers to keep them viable last time and hope it can continue.

And so May Day Monday and the first big one of the year, for the Unlimited National Bangers THUNDERBOLT IX.  Yes, it really has now been going that long, and that well established.

The big change this year is the date from its more traditional Sunday of this particular weekend to Monday.  This is to avoid a clash with the meeting held at Aldershot yesterday afternoon as there were many drivers wishing to do both.

This meeting is actually our only official BBA Championship event this year, and has attracted sponsorship from Axminster Power Tools, who were heavily involved in the F2 stock car World Championship in 2008.

The winners will receive tools from the Axminster range among their prizes, and Axminster Power Tools will again be on hand with the sales and display unit. Not only that, there is £2000 prize money spread over the meeting.  So they have it all to go for and there are drivers coming from far and wide – entries actually looking better than they might have been had we run on Sunday, and still coming in at the time of writing.

However, last year it was a Mendips 1-2-3 with 44 Steve Griffin taking the win ahead of 107 Dan Chiplen and 396 Scott Mowlem.  Whether than can be repeated again this year remains to be seen, but there will be fierce competition for the prizes and not only that, expect plenty of heavy action too.  See the list on the website for further details of who is booked at this stage.

The BriSCA F2 Stock Cars got off to a good start on Easter Monday with 55 cars for the World Championship qualifying round here which was won by yellow graded driver 779 Cameron Pugh.  The first re-grade of the season will see him up to superstar for this weekend, but he is not expected to be here today.

The star men found it hard to catch the lower graded drivers, and whilst there will be the first re-grade this weekend as we say, there are several quick drivers who have actually gone down a grade, so as ever, it will not be easy but the like of reigning track champion 886 Chris Bradbury and former track champions 642 Dave Luscombe and 676 Neil Hooper as well as rapid teen 127 Matt Stoneman will be giving it a good try.

The opening round of the Rookies Reward series only open to white and yellow graded drivers will also take place.  In between the speed and action from the Stock Cars and Bangers, there will be three wheeled fun from the Reliant Robins.  They had an outing on Easter Monday where 59 Mike Jones took a heat and Final double, looking very rapid as he did so.  87 Barry Richards was consistent with three second places.  So, whilst there will be the usual rollovers and near rollovers there will be some good racing going on too.