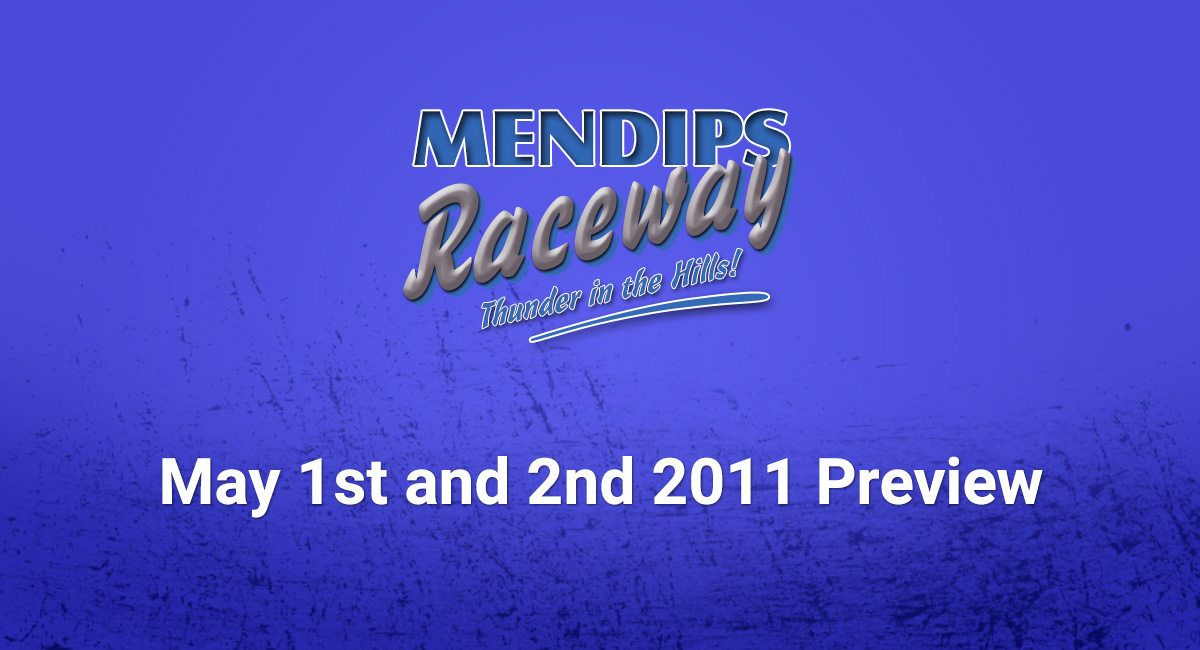 In very quick succession, it is another Bank Holiday weekend, and that means just one thing; oval motor sport at its best and most varied here will be back in action at Mendips Raceway. We really have something for everyone over the two meetings with the highlight being the Unlimited Bangers Thunderbolt, ahead of more action, including the BriSCA F2 Stock Cars on Monday.

Having been on the May Day Monday for the past couple of seasons, it is a move back to the its much more traditional Sunday date for the Unlimited National Bangers THUNDERBOLT 11.

Yes, it really has now been going that long, and that well established that drivers have had cars put aside and in many cases built several weeks ago for the fixture. It is our only ORCi fully sanctioned titled race at Mendips Raceway and once again looks set to produce an interesting entry of both drivers and cars. Last year it came to a dramatic and early conclusion and a career first big win for 303 Jason Oliver, after a race long duel with 218 Rob Speak who eventually was placed third with 262 Buddy James the only one to have completed enough laps as the runner-up.

Jason is one who has had his car built for some time, an almost replica Jag to his victorious one last year and he will be trying hard to keep the unique trophy – especially as he admits it looks so good on his mantle piece! His two fellow podium finishers are set to be present too, with Speak, who was here in his F2 Stock Car last weekend joined on the journey from the north-west of England by his brother 318 Wilf and as ever with Rob, he will be a big force.

Competition will be strong though, with, as ever a good number of drivers joining Jason on the journey from the south coast and then there are those heading up the M5, especially the ‘Midnight Runners’ headed by the iconics 190 Steve ‘Pikey’ Bailey and 331 Jason 'Boxer Jack' Jackson who along with the ilk of 180 Mark Foster, 239 Steve Carter, 341 Andrew Jones, 514 Marty Eighteen and 714 Paul Smaldon will not be far away from anything on the track, . The locals and regulars will be suitably tooled up and raring to go with 363 Sam Trim, who is actually the most local driver to this track without set to be heavily involved and also this season has seen the return of 790 Domonic Gumbleton. Throw in a good showing of drivers from the south coast with veterans 40 Pete Stanley and 517 Scott Weldon joined by a host of the younger-guns such as the afore mentioned Olivier it will certainly not be for the feint hearted.

Sunday’s programme will be backed up by all non-contact racing with the Sierra Special Rods and Hot Rods back out. As with all of our classes, they are on a quick turnaround with it being two successive Bank Holidays. The Special Rods saw racing on Easter Monday with wins for 925 Rob Parsons and 42 John Mayjor in the hears, 731 Dave Ruby in the consolayion before 23 Ross Stuckey came through to win the Final, his second out of the two so far.

Can he make it three from three this time?

These early meetings always form the base of the points championship, and early numbers on the board are always worthwhile come the end of the season. Many Banger drivers have or do race in the Sierras over the years, the latest being 210 Paul Barnes for instance and they are a good locally based class for drivers to cut their racing teeth in.

The Hot Rods a week ago saw a lower than expected entry, but the racing was still good with 718 Colin White taking the lions share of the points once again, including the Final but 282 Steve Hunt did win the second heat. Colin is racing his Ginetta at Thruxton this weekend so will not be present and today is the Hamilton Motors trophy, put up by 904 Wilson Hamilton.

The BriSCA F2 Stock Cars had their World Championship qualifying round last Sunday, and the afore mentioned Speak was a race winner eventually after suffering plain bad luck earlier in the day. 676 Neil Hooper took the Final which was part of a very successful Easter weekend for him, and in the new national grades that come in this weekend he is now a Superstar, where he will be lining up against his big on track rival, triple track champion 886 Chris Bradbury who will be here to top off a very busy Bank Holiday weekend of racing for himself, and he bounced back after rolling in his heat last Sunday to follow Hooper across the line.

With the new grades into force there will be a real mix up from what we saw last week, and could have a very telling effect on the outcome of the racing. We will also have the opening round of the ‘Rookies Reward’ which is now in its tenth season, as the white and yellow graded drivers present get to have a well funded race of their own, all building up to Septembers Final. We thank Northward Solutions for their sponsorship on the date today.

The National Bangers are back, this time under 1800cc where World Championship qualifying round points are on offer. This will probably have more local interest on track than THUNDERBOLT, with the easier availability of the cars – that will be Ford Mondeos mainly! Plus, with the first two meetings being the afore mentioned and last Monday’s all Hearses and Limos, this will also see the pattern meeting for the emergence of the season long points championship. So, they really do have it all to go for.

The Junior Rods for those aged 10 to 16 saw the dawn of the new era last week with varied new cars joining the Minis, but it was good to see those still being competitive with 87 Callum Richards joining what is still an elite band of drivers to win their first ever race. The star of the show though was 404 Mac Mills who took his Nova to a heat and Final double whilst 510 Sid Harrison took the Allcomers win. with wins for

The new drivers, new cars and close racing bodes well for this season and beyond and like the Special Rods, these early season meetings are all important in the points chase. Finally, fun on three wheels with the Reliant Robins who were as entertaining as ever on Easter Monday with spills and rollovers and whilst son Callum celebrated a win in the Juniors, it was a rare occasion for dad 87 Barry not to have a chequered flag in the Robins. He will be looking to put that right this week, whilst last weekends winners 499 Lee Charles and 3 Dan Tythridge will be looking to consolidate on their success this time around.

Both meetings will commence at 1.30pm with a grand parade of cars ahead of the first race shortly thereafter.