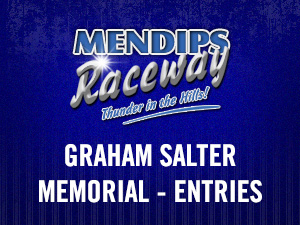 While it is only early March, the bookings for the second Graham Salter Memorial Meeting for Unlimited Bangers have been flooding in, to the extent that the meeting is now fully booked with close on 100 drivers.

Organisers Rob Mills and Jon Ayles have been deluged with applications, with first bookings going to those drivers who took part in the inaugural meeting last year.

This year’s list is a venerable who’s who in West Country banger racing over the past twenty years, and there are some seriously cool cars already being prepared.

The event takes place on Sunday June 29th as part of a two day meeting that kicks off on Saturday June 28th with the annual British Beef meeting for all Ford 2 litre bangers.