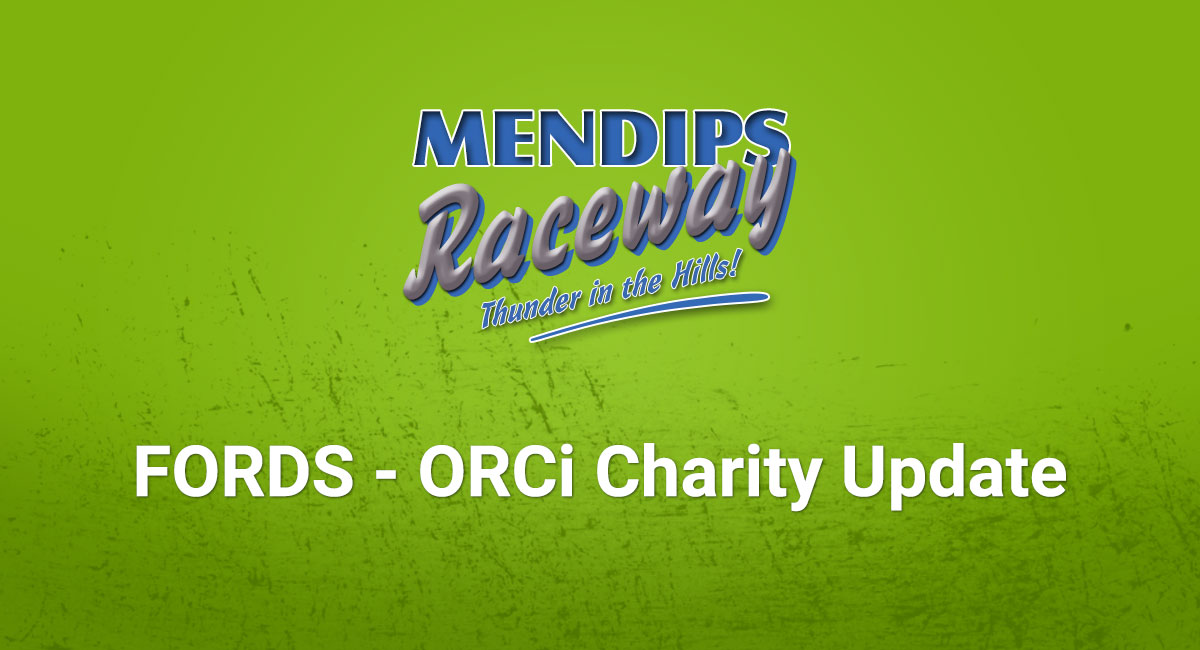 As Chairman of the ORCi I would to take this opportunity to bring you up to date with the latest progress on FORDS, which will be headed up by Dave Pierce (Ex Buxton Promoter). It is only right that the ORCi extend our thanks to Dave for all the work he has done so far towards getting the fund up and running. Contrary to popular belief Dave has not retired, he has stepped down as Promoter of Buxton; but is still very much involved in the day to day work at the track. He has set aside time to run the fund on behalf of the Drivers and Staff.  The launch of the new Benevolent Fund, is scheduled for Bristol on Easter Monday. You will see below the appointment of the Trustees is now complete.


Dave was Promoter at Buxton Raceway from September 1999 until the end of the 2010 season. Whilst there he established the Buxton Raceway Drivers Benevolent Fund, which to date has raised £16307 and paid out £7150 in claims to injured drivers, and he is universally respected amongst Promoters and has a great rapport with the Buxton drivers.

He first started his involvement in short circuit racing watching F1 Stock Cars at the old Belle Vue Stadium some 43 years ago, and has been involved in some way ever since that time. The knowledge of the oval racing world amassed during that time, plus an earlier background in banking and insurance, make him the ideal choice to lead this new project, and its timing to coincide with him standing down as Promoter has made this possible.

Details of the Trustees appointed by Dave appear below:

Jon’s Testimonial Meeting, kindly arranged by Graham and Pat Bunter at Bristol on Monday 25th April, just happens to coincide with the launch of the new Fund. I have chosen him as a Trustee as he is very well respected in the Banger world, and knows first-hand what it is like to be off work from injuries incurred whilst racing. He has been described as a true gentleman both off and on the track.

He joins the team having now clocked up 27 years of devotion to Banger racing, mainly at Buxton and more recently at Bristol but has also travelled extensively from his Cheshire base. A broken pelvis some 15 years ago at Buxton, and a broken ankle in 2005 at the same venue, left him off work for a total of 14 months, and he is keen to support this initiative, dedicating his testimonial to raising funds for others and thus providing FORDS with its inaugural meeting.

Des started racing way back in 1967, at the tender age of 16, on a local banger track in the Midlands, and moved to Long Eaton to race Bombers a year later. His racing number in those early years was 999. After winning several finals he decided the next step would be to move into F1 Stock Cars, and that move did indeed come about in 1977, and he switched his race number to 213.

He raced his F1 as often as he could afford to and indeed enjoyed good success in the late 1980’s when he placed third in the World Finals at Coventry in 1989 and Hednesford in 1995.

Des was instrumental in setting up the Legends in 1997, and indeed raced a Legend until his retirement from the sport. Success was to come again with this formula as he won many races/finals and every Championship Trophy that was up for grabs. He was allocated the number “1” in 2003, after winning the UK World Final.

His racing career came to an abrupt end, and perhaps a lot earlier than Des would have wanted following a high speed crash at Mallory Park on 11th May 2008. This sadly left him with serious head/brain injuries; his skull was broken in three places resulting in a period of 14 months off work.

As with Wusty, Des is well aware of what it is like to be off work for a long period following a racing accident, and sees all the benefits the new Fund may be able to offer.

Bob will be the most northerly of the Trustees, hailing from Bonny Scotland. He started his racing career in Saloon Stock Cars 34 years ago, and was a regular competitor until around 1999, although he has had sporadic outings since that time.

The highlights of his career were his two Saloon Stox World Final wins in 1986 and 1987, which he recalls with great affection.

He is a great believer in the new Fund and has given his 100% support despite living at the top of the country.

Nico first went to racing in 1982 at Wimbledon, and whilst he enjoyed the visit, it was a further five years before he went again, after phoning Wimbledon Stadium to ask if they still staged Banger Racing. The response was just what Nico wanted to hear – “Yes – this Sunday – it is the Mothers Day Massacre complete with six Destruction Derbies – the rest is history.

In 1988 he started writing about Bangers for Spedeworths in house magazine – Wheelspin – and soon after that for the Banger fanzine – 3 Litre Magazine. It is true to say Nico has written a multitude of topical articles for magazines and programmes in a 20 year spell which ended a couple of years ago, as free time got less and less as he became more involved with the organisational side.

As Nico became more involved he grew into a role organising the Spedeworth team for the inter promotional events with Incarace, Ringwood and RDC, and co-ordinating with issues between the Drivers and the then Promoters at Spedeworth – Roy and Mark Eaton. This involvement was also the case with Deane Wood when he took over six years ago, who formally made him the Banger
Representative.

During his term he has helped to strip and build cars and on occasions was mechanic to former World Champion 210 Terry “Tello” Harris and also for 473 Nigel “Screaming Target” Gibb.

He has raced National Bangers three times – Aldershot 1992 – Kings Lynn 1999 – Arlington 2006. There is a chance he may be still tempted out again.

Most will be aware that Nico left his full time employment in January 2011 to join Spedeworth and work alongside the present team. He is mainly dealing with Bangers but is also rapidly expanding his knowledge of other formulas.

With his knowledge of the oval racing formulas expanding on a daily basis, the fact he is well known and committed to driver welfare makes Nico a great addition to the team.

To complete the team it is hoped that a Secretary will soon be appointed.

Dave Borthwick, Chairman to the ORCi.