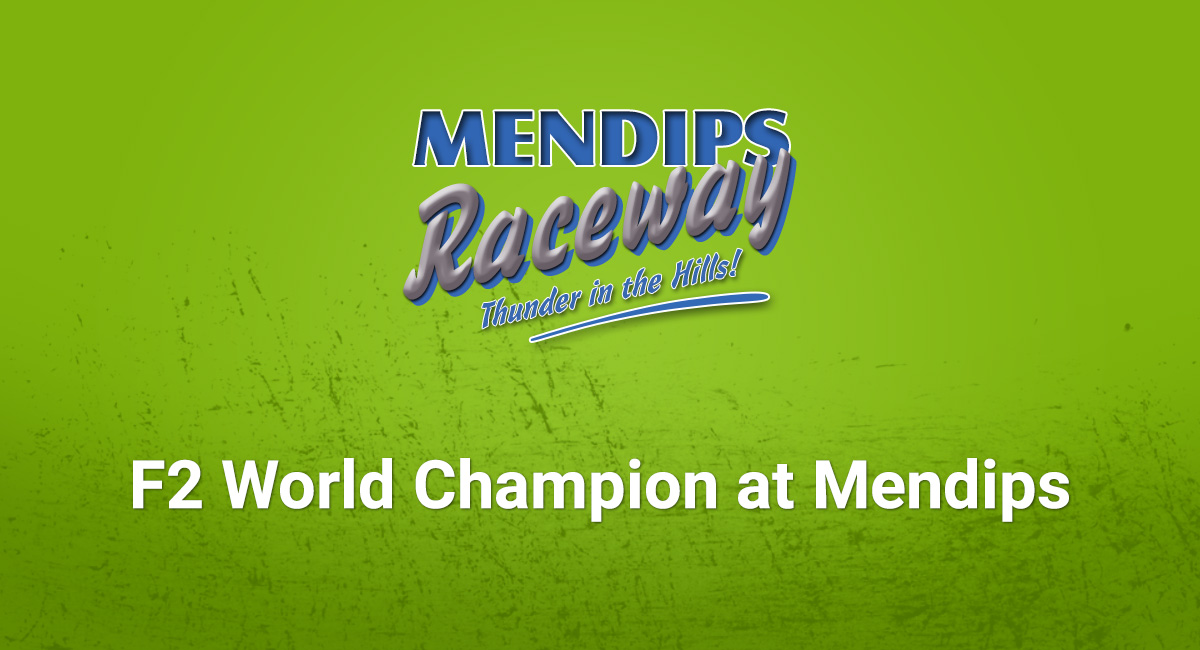 The new Brisca f2 World Champion, James Rygor (783) will be in action at Mendips Raceway on Sunday September 22nd.

James won the race last Saturday night at Smeatharpe Stadium, Taunton in a last bend thriller that is already being passed into stock car folklore as one of the greatest. James, from Westbury, Wilts has been a consistent front runner in the formula for several years now, but even he was very shocked to find himself on top of the podium as the champagne corks popped and the fireworks erupted .

Also appearing will be Neil Hooper (676) and Chris Mikulla (522) who finished third and fourth. All three drivers will be presented on a special lap of honour to commemorate the return of the gold roof to the West Country after ten years.

Multiple Points Champion Chris Bradbury (886) was forced to withdraw from his front row slot at the World Final through illness, and has confirmed that he will be unable to take part in this Sunday’s events at Mendips Raceway. Chris is suffering from two or three viral infections which have so far baffled his GP and is unable to work, let alone race.

We wish Chris well, as he has already sewn up yet another Points Championship, and hope to salute him in February at the Mendips Raceway Presentation night.