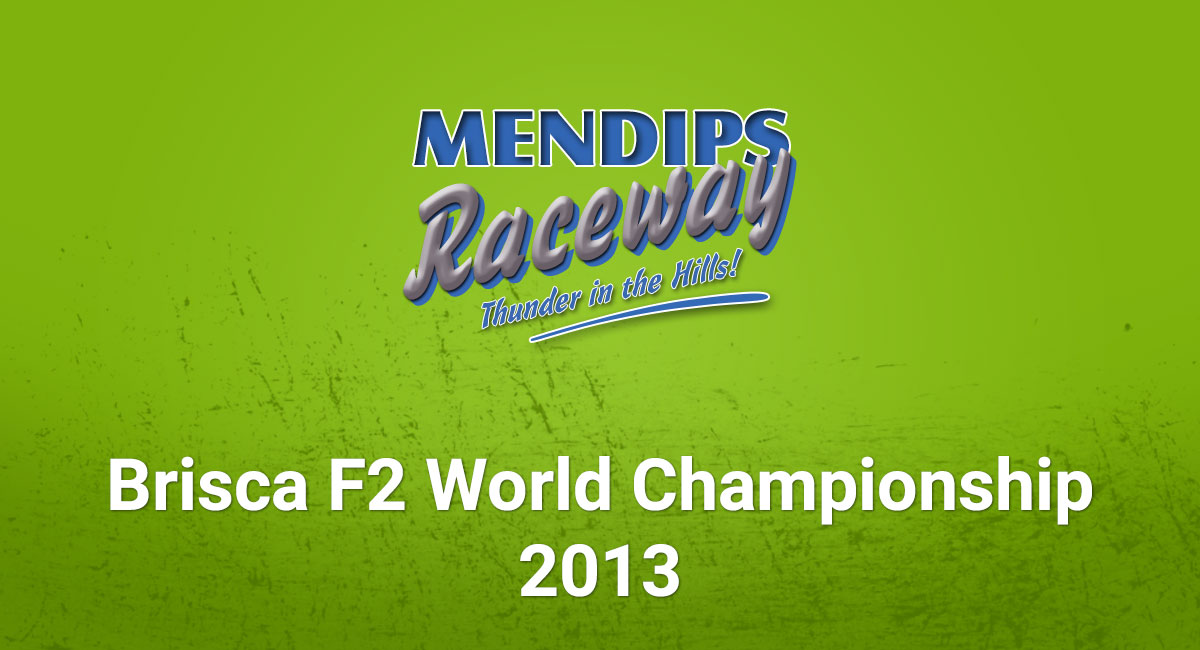 Brisca F2 have confirmed that the 2013 World Championship Semi Finals will be at Mendips Raceway on Sunday August 4th 2013. All mainland tracks will run a Qualifying Round, and at the end of the series in July, the top 56 drivers will progress to the two Semi Finals, which will both be held on the same day.

This meeting is a must for open wheeled fans, and has the potential to be the biggest number of drivers at the Raceway since the World Championship Final in 2008! With the qualifiers, reserves, and a non qualifiers race, between 80 and 90 cars are likely to be in attendance, and the meeting will have the fantastic, entertaining and amusing Reliant Robins in support, racing for their own World Cup.