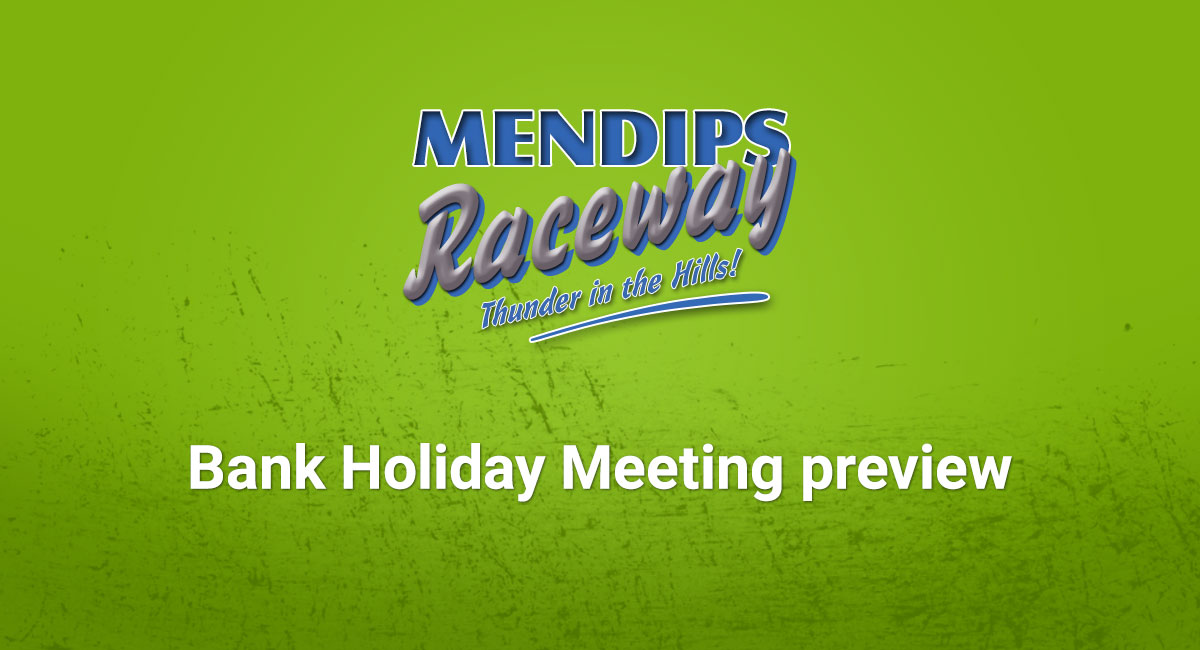 A Bank Holiday weekend is coming up – and how overdue are we for it, and that means just one thing – two days of racing at Mendips Raceway.

Hopefully, it will be greeted with summer like weather, even though Autumn is looming with the weekend falling late this year. However, those of you who were at Filo’s Crashmania 2 with us last month will know just how bad the summer of 2009 has been at times and whilst we have been relatively lucky this year, on July 26th it all came back to haunt us and as we got into the second half of the programme, the famous Mendips Mist came down reducing visibility to perhaps less than twenty metres, and there was no point in continuing.

Once the decision was made, the rain became torrential, and, as could have been predicted, by the time everyone had packed up, the mist had lifted and the track was clear. It was a terrible decision to have to make, but in the interest of safety, it was the right one. We were most concerned for the drivers who had travelled a great distance to be there, but it was agreed that it was too dangerous to continue.

The BriSCA F2 Stock Cars are back for the first time in a couple of months, where 886 Chris Bradbury made it three Final wins in a row last time and as a consequence, is nicely clear in the track championship points.  However, 152 Mick Sworder currently in second place is a nice surprise in more ways than one, with him having re-discovered his liking for this track over the past 12 months.  Whether he is here on Sunday is to be confirmed, but it would be good to see him.

The main trophy will be for the Freddie Funnel Memorial, remembering one of the pioneer drivers of the F2’s, which head into their 50th anniversary season in 2010.  Last year it was 7 Gordon Moodie who won the trophy in emphatic fashion but is unlikely to be defending today as his trip from Scotland last year owed much to his World Final preparations.   As usual, the meeting will kick off with the Rookies Reward for the white and yellow grade drivers and this will be the last chance to qualify for the Final that comes up on September 27, and the series has once again been a great success and produced some great racing.

The National Bangers have a rest over the weekend and instead it is the last two sessions of the year for the Rookie Bangers.  With the emphasis more on ‘racing to win’ and ‘spin and turn’ rather than any out and out wrecking and blowing up and with slightly lesser preparation involved it is designed to encourage potential drivers from the terraces to the track and it certainly has the desired effect with good entries expected on both Sunday and Monday.

The Rookies were last here over the Easter weekend where veteran star 282 Steve Hunt took two wins before the Final went the way of 133 Jody Jeanes.   Even though, it is a slight change in format, we can still expect to see many of our locals and regulars from the Bangers all joining in the fun – and that word leads nicely in to how things will round out on Monday as we reach Carvandalism 9.

The annual caravan race is for the Chris and Becca Trophy, which was won last year by 107 Dan Chiplen, and there is extra money on offer for well presented caravans and it looks likely that we will see a fair few meet their end on Monday afternoon, a perfect tonic for all those who despair when the M5 is clogged with them at times!

The youngsters in the Mini Rods reach their penultimate meeting of the season and in their points battle and in what has been a very close battle, 60 Steve Sayer has just started to edge clear whilst Final winner in June 7 Aaron Charles is running second and 23 Jack Stuckey just one point ahead of 11 Tony Munden in third.  So, they have it all to play for as they head for their big climax to the season in October and their West of England Championship.

24 hours later, on Bank Holiday Monday, we will do it all again for one of the highlights of the season, the August Bank Holiday Monday always has a special feel about it especially with the day concluding with the annual afore mentioned caravan race.

We will have the last of the season for the Reliant Robins, who have once again had a good season of racing – these ‘cars’ were never designed to be raced, and the fun and games as the drivers try to do so is legendary.  And what is also amazing, is just how good some have got at doing just that.  87 Barry Richards will need a very bad day not to win the points, but the speed that 59 Mike Jones gets the remains amazing and should anything happen to the 87 Robin, he could step up on it.

The last race will be the annual Caterers Cup over the Figure of Eight track.  Mendips Raceway still remains the only place in the world where three wheeled racing over the eight has taken place, so sit back and enjoy that one.  59 Jones was the winner of that last year and he will be looking to defend the trophy – that’s if his Robin can hold together!

From the fun and games of the Robins and Bangers, the high speed non-contact Hot Rods will contest their West of England Championship and also their points finale to round out their part of the 2009 season here.  Last month they only got the one race, and that was as the mist descended down, so they did very well to get the cars round here as they did.  718 Colin White, who has been enjoying some long circuit racing of late, was the winner of that race and should he be here today then he will be one to watch.  But with greater entries this year it has meant more traffic and the races have been pretty open.  904 Wilson Hamilton wont be far away whilst it is very close in the points too with defender of the silver roof 26 Ross Loram just about leading from 117 Dave Tossell and 2008 West of England winner 88 Alan Shelpher.  So, any one of them could take either or both of the major silverware on offer.

The all Sierra Special Rods round out the programme with their usual brand of close and competitive racing. After the disaster of last time, we can only look forward to today which is always a good meeting for them, with many of the local drivers’ family and friends coming to watch them in action.

We have decided that the only fair way of treating the events of July are to make the results null and void, as only sixteen drivers had the opportunity of scoring points and so no points will be awarded for that meeting.  Therefore it is back at the end of May where we look to how things last played out and it was 42 John Major who took the Final win, on a day when there were four different winners.

Things are always close in the Sierras, and the points battle shows this as like the Mini Rods they gear themselves up for their big climax to the year with their own West of England Championship on October 18.