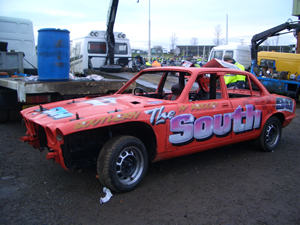 In the last two weeks, Mendips Raceway drivers have had tremendous success at the two major banger racing events traditionally held at this time of year. At the Standlake Arena staged Heavy Metal Classic on Sunday January 4th, which as usual, featured over 200 cars, Martin Dalton(58) won the unders Final in a Bluebird, and at the Civil War NorthvSouth meeting on Sunday 11th, Scott Mowlam(396) won the light brigade Final in a Nissan Sunny. In the heavyweight Tanks class, Mark Bartlett(90) won a heat and placed second in the other,

and the South won the competition overall, although the North staged a comeback in the final four events to reduce the winning margin quite considerably. 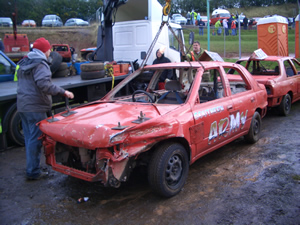 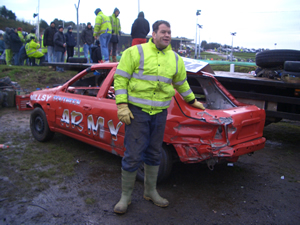 Trummer and Smithson were well involved in the crashing, as usual, and it was a first time Mondeo experience for Trim and Goldsmith. 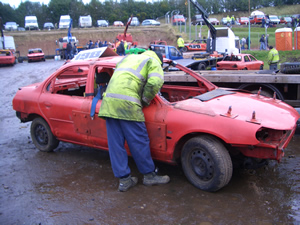