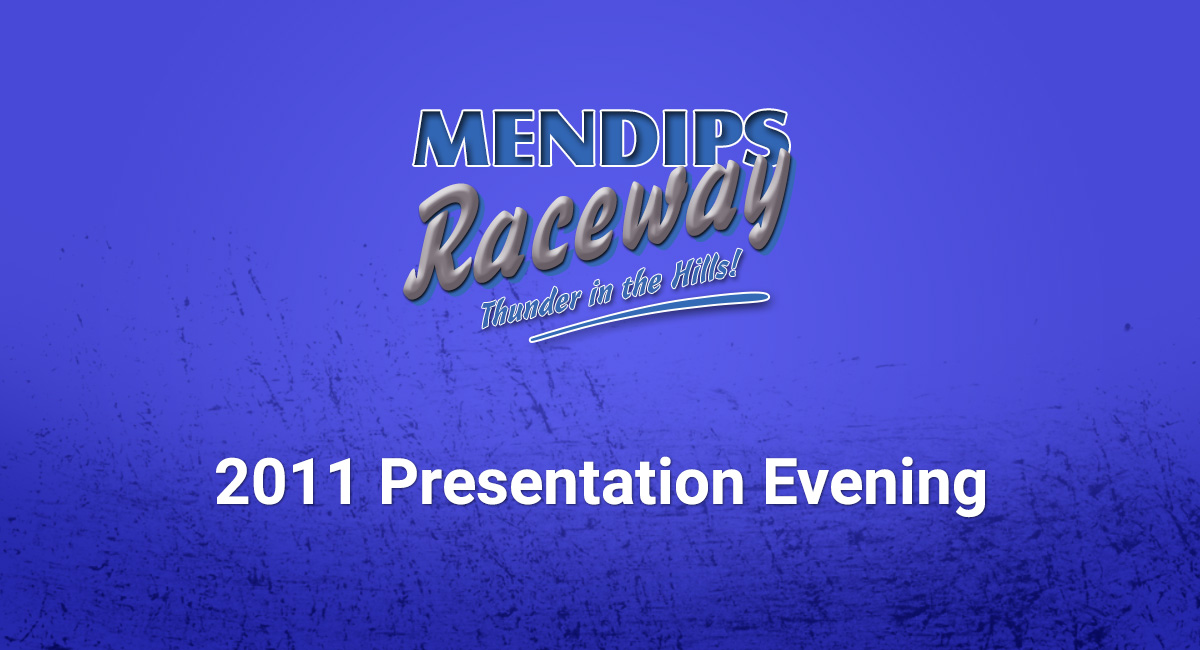 There was universal approval when Sam Trim (363) stepped up to receive the annual Driver of the Year Award at the Mendips Raceway Dinner, Dance and Presentation night on February 5th. This was the climax of the presentation ceremony, which was conducted very efficiently by Steve Linfield and Andy ‘Mr Starter’ Chant, ably assisted by Kirsty the Trophy Girl.

As well as the traditional Points Championships, there were presentations to the Impact Squad for their two outstanding Team Championship victories, and to two other double winners – Steve Griffin for Banger Points and West of England Championship, and Jason Oliver for his THUNDERBOLT/British Beef wins.

To mark the retirement of John ‘Wusty’ Worstencroft after 27 years, he was presented with a montage of photographs of his long career by promoter Graham Bunter, which served as a launch for Wusty’s Grab a Granny raffle, where a vast array of prizes are on offer in a massive raffle to be drawn on Easter Monday April 25th.

There were also presentations to the three Top Tin Totty girls, and some comedy moments as well with a Harry Hill style fight between Impact Squad and Wallies.

Through the evening, webmaster Andy Page, photographers Thunderpix and CVS Chris Dalton kept everyone in touch with big screen photographs, and the now annual dinner dvd was shown ending with the huge Steve Griffin head on with Pikey at the West of England Championship.

The band was superb, Magic Mirror making their first appearance at the Dinner, and during the evening, Ride Sally Ride was played on Filo’s last guitar, which had never been played in public since being seen at the Dinner three years ago after Phil’s death.

Revellers were still reported to be at the bar at 5am, so roll on 2012!